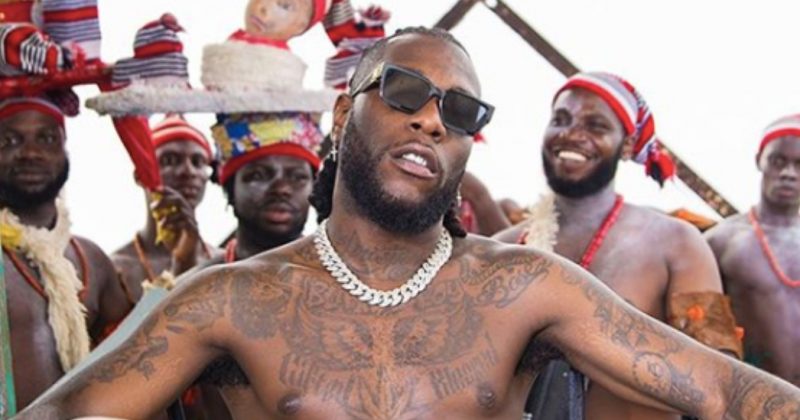 Watch Burna Boy claim his throne in the video for “Odogwu”

Last year, we predicted that Burna Boy was setting himself to be one of afropop’s fiercest contenders and if his recent Grammy nod is anything to go by, the African Giant definitely succeeded. Last month, he released his first single of the year, “Odogwu”, an assertive cut which found him emphasising his status as a pioneer and one of Africa’s biggest musical exports all while playing over the laidback and colourful Igbo folk groove produced by Kel P.

To start off the new week, Burna Boy has come to save the people, amidst all the ‘rona palaver, with a new video for “Odogwu”. The exciting new video, directed by T.G Omori,  sees the self-proclaimed ‘Odogwu’ (champion) leaning further into the song’s Igbo folk groove as he surrounds himself with a large crop of Igbo men who cheerily chant his title as he dances for them. Burna Boy also plays on familiar tropes of traditional rituals, commonly seen in Nollywood movies, as he is ceremoniously knighted in a bathtub surrounded by fire.

Watch the video for “Odogwu” below.

Next Article For the Girls: Shaybo is the self-proclaimed ‘Queen of the South’ with hard hitting bars