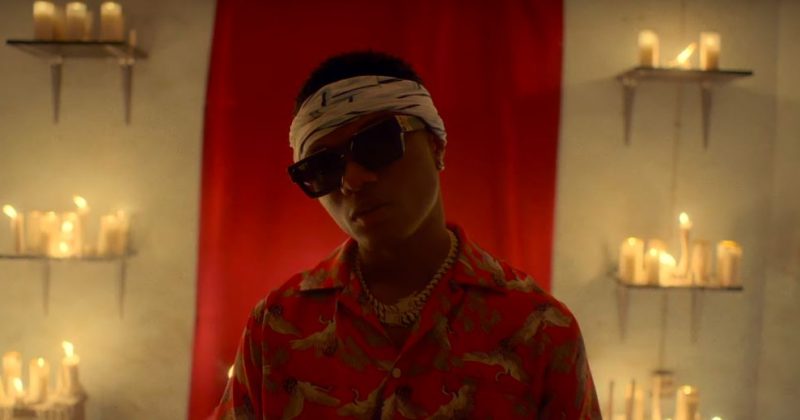 While some fans complain about the seeming lack of lyrical depth on Wizkid’s songs, the Starboy has remained one of the most potent hit markers of our generation. Following his first song of the year “Ghetto Love”, his latest release, “Joro”, carries similarly lightweight themes of romance.

Their music videos, however, tell more compelling stories to suggest there’s more to the songs than what meets the eyes.

The accompanying video for “Joro” features a model who seems to fall under a dancing spell whenever a redlight is shone on her. Wizkid is also seen in the video, performing his sultry lyrics in a candle-lit room that looks like a shrine. Lyrical depth aside, the use of suggestive imageries to depict the hypnotic allure of Wizkid’s music is the truth.

Watch the music video for Wizkid’s “Joro” below.

Next Article The Shuffle: TY Bello’s “Green Land” is exactly how we should be feeling as a nation