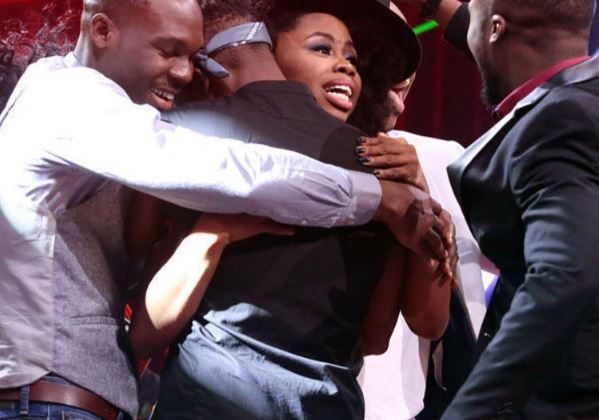 Where are the Top 8 from The Voice Nigeria 2016

Riding on the waves of nostalgia and television success is the first season of The Voice Nigeria. After 17 episodes and 16 contestants, it has returned to our screens, ready to glean new talent and fresh stars. But before we get fully invested in the new talent of the second season of the Voice Nigeria; we should catch up with the brightest stars from season one.

Locked down somewhere in fame and fortune are our faves from season 1. After undergoing rigorous training at the hands of the celebrity judges, Waje, Timi, Tuface and Patoranking, most of them branched out to pursue careers in music and acting. They even recorded a song together. The hearty ringing voices of the top 8 are very much at work and prepping for more greatness. Here’s the joint promotional single for season two.

Viveeyan
After giving the performance of a lifetime at her blind audition, Viveeyan got a spot under Timi Dakolo. Despite not making it to the finals, she still came out a winner. Viveeyan is currently pursuing a career in music and songwriting with three singles to her name. Here’s a snippet from one of her singles.

Cornel of the booming vocal chords was a fan and judge favourite last year. His blind audition rendition of R Kelly’s ‘When a woman loves’ is probably even better than the original. He made it to the top 4 and left the second runner up. Despite not being very active in music at the moment, Cornel has a single, Smile Again with an accompanying video.

Dewe
After The Voice Nigeria, Dewe’s sort of fallen into obscurity. But in his time on the show, he managed to hold his audience captive and keep votes coming in. Unfortunately, he wasn’t finals material and got evicted. Nevertheless, he persisted in the outside world with a single, :Love No Be Beans” and a life as a performer. Here’s some Dewe to whet your appetite.

A’rese
Everyone’s favourite baby girl, A’rese is doing well for herself away from the stage where she gained her fame. The first winner of the show, she has gone on to star in a few TV shows including Africa Magic hit, Jemeji and has released a song, Uwe No to cement her place as a multi-directional New Age performer. There’s also her debut single “Uwe No” which features Ladi Poe, adventurous stuff, if you ask us.

Nonso Bassey
Dreamy eyed Nonso gave his fellows a run for their cash as he claimed song after song as his own. He was the sexiest of all the season one contestants, taking on the hallmarks of black sexuality and transforming himself into an alternative sex symbol. He didn’t win but he is doing alright as an actor in the series, Battleground and featured in long time collaborator VJ Adams’ 2016 single “My dream”. Watch it here.

Brenda
The Meryl Streep of The Voice Nigeria season one was the hipster Brenda who gave her all every episode. Brenda of the Broadway-like perfomances and big gestures was a hit with viewers and judges. Away from the spotlight of The Voice, she has a recording contract with Universal Music Group and a song, ‘Stand.’

Patrick
The namesake of the judge whose team he was in, Patrick can ready to grow and learn his way through. His consistent progress from unsure to confident gave him a fanbase ready to support him at every turn. These days, he’s pursuing his music career and making his coin as an Airtel Ambassador.

Chike
The dash and gleam of Chike the heartthrob can never be forgotten or surpassed on The Voice. All through the show, his looks and voice dragged girls to their TVs and phone just to watch his performances. Although an audience favourite for winner, he was named the first runner up to A’rese. Today, he is an actor on Africa Magic soap opera Battleground and took a stab at Jollof afropop with “Fancy U”.