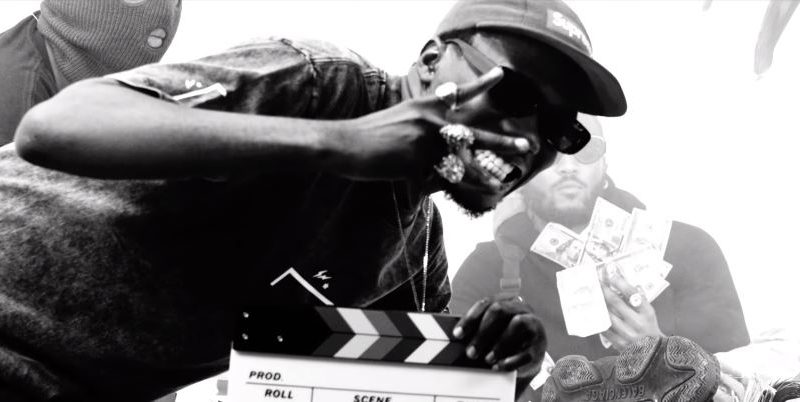 Straffitti’s experimental vision for Nigerian Hip-hop reached impressive heights when he released “Kuronbe”, blending his trap cadence with mainstream rap and indigenous rap through his enviable guest list of features, Prettyboy D-O, Ice Prince and Zlatan Ibile. He follows up the release with a music video directed by Shauneweni films and Eke David in monochrome shots that highlight the gritty bars from the artists.

While a cast of masked men and women and people dressed in what seems to be the NYSC uniform depict some of the lyrics, Straffitti, Prettyboy D-O, Ice Prince and Zlatan get the most facetime with the camera, delivering the energetic performance fitting of their violent and provocative bars addressed at opposition and anyone unfortunate enough to try to bring them down.

Next Article Jidenna rages in music video for “Worth The Weight”