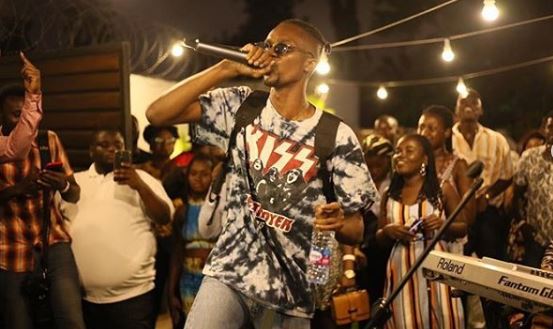 At the beginning of this month, La Même Gang’s $pacely announced the impending arrival of his debut album, titled ‘Fine$$e or Be Fine$$ed’. The singer/rapper has now shared October 11th as the project’s release date, and has also unveiled its star-studded tracklist. Including the two pre-released singles from earlier this year, “Yenkodi” featuring BuMan and Odartei and “Yawa” with Kofi Mole, the project will comprise ten songs. With only one solo song, $pacely pulls in a diverse list of guest features from Ghana and Nigeria, including Pappy Kojo, Joey B, Cina Soul, Odunsi (The Engine), prettyboydo and Teezee.

Building up the anticipation for ‘Fine$$e or Be Fine$$ed’, he’s also shared a third single off the album, “Show Me”, in collaboration with Nigerian singer BOJ. On the new romantic single, both singers express their competence as lovers while requesting the same level of reciprocation from their partners. “Sweety mama follow me, show me love”, $pacely tenderly pleads on the hook, hovering over jazzy horn harmonies and gently propulsive drums.