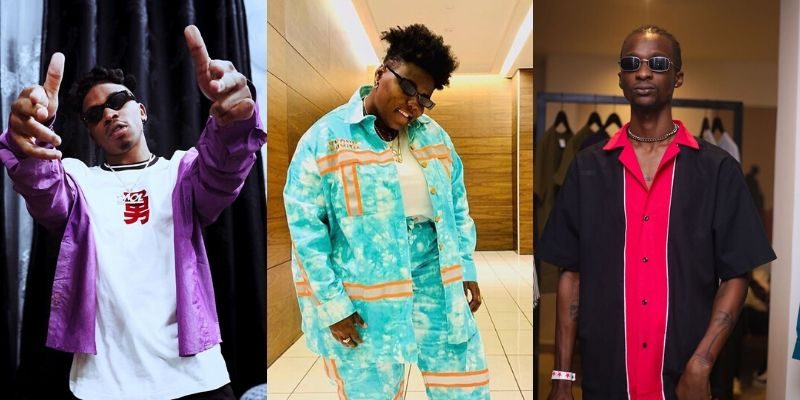 Artists are doing a fair bit to keep us going, and this Monday, we have a lot of material to work with from all our faves. Last Friday, we brought you new releases by a diverse set of artists,  from Higo & Hvrry’s new singles with Buju, WANI and Minz to Nissi Ogulu updating her confident anthem, “Trouble” with a video. Joeboy, Kida Kudz, The Cavemen, and Straffitti also released new music to usher us into the weekend. To start the new week, we now have new music from the self-proclaimed Mayor of Lagos, Suté Iwar, AYLØ, Fasina, Mojo, Seki, $pacely as well as newcomer, WhoIsAkinn and a quarantine playlist from Teni and DJ Neptune.

Mayorkun has always regarded himself as the self-proclaimed Mayor of Lagos and since releasing his viral hit single “Geng” earlier this year, he’s been itching to release another jam where he repeats the phrase ‘Of Lagos’ numerous times. Over the infectious drum-led beat laid down by Fresh VDM, Mayorkun brings out his skilled singing chops, switching the clear, sharp raps for a more mellow passionate croon of his experience coming across a beautiful woman, an angel if you would.

Teni the Entertainer and DJ Neptune have served up a 4-track curated ‘Quarantine Playlist’ to get everyone through all the time we’ll be spending indoors over the coming weeks. On “Isolate”, the second track off the mini project, Teni and DJ Neptune deliver a romantic drum-led love anthem on which Teni croons about the importance of isolating while being in love. ‘Lock me down, take the keys/let’s isolate just me and you’ she sings, giving clear instructions to her love interest to observe the recommended social distancing requirements with her.

We’re seeing more of rap Fasina since the year began when he dropped his single “Stacks (Story Tell)” and now it seems he’s not relenting anytime soon. For his new single “GTA” he enlists a slew of skilled rappers from MOJO and JoulesDaKid in Lagos to Dubai-based Seki SuperVillain. Seki takes over the song’s chorus where he sing-raps ‘All my life, I swear it feel like GTA’ referencing the popular action-adventure video game. We also get to hear more of MOJO’s profane boasts as he packs an onslaught of wordplay that leaves us also referring to him as ‘Orisa the hip-hop avenger’.

Suté Iwar unexpectedly dropped two singles over the weekend featuring our fave crooner, AYLØ. The first track “Real Love (Remix)” sees Suté starting off his verse with clear cut confident raps, before switching for a mellow melodic hook where  he addresses a love interest about believing that their love is true. ‘If it’s real then it should last/if it doesn’t know that imma always have your back’ AYLØ rap-sings on the second verse, reassuring his lover of his commitment. On “Teary Eyes” AYLØ begins the track with his signature euphoric drawl, and Suté joins him singing ‘Is it game over/we ain’t over’ offering the flip-side of the first release, as tensions now leave them teary eyed.

Over the Easter weekend, you couldn’t look on your social media timeline within coming across the unified support and promotion of WhoisAkin’s debut EP ‘Full Moon Weekends’ from close friends and supporters. There’s no denying the star quality and his single “Magic” featuring Olayinka Ehi is proof of this, as WhoIsAkin croons about a relationship gone sour that at once felt like magic but now has been rubbed of all its light. ‘You do some crazy things when you love somebody/I feel like I’m drowning’  sings Olayinka Ehi, her strong vocals spilling emotions which we’re all sure to resonate with at some point.

Ghanaian artist, $pacely has been on our radar for a while, and is definitely one of the artist to watch out of the Ghanaian music scene.  Over the weekend, he shared a new single “Paradise” featuring Dani Draco, a follow up to his debut project ‘Fine$$e or Be Fine$$ed’, as both artists turn inwards and tackle fame and pain with sharp, clear raps.

ICYMI: Here’s all the new music you may have missed from last Friday

0000
Previous Article Afropop on the Rise: We’re witnessing a dominant new line in the afropop vanguard

Next Article Bantu send a timely message with their latest release, “Disrupt The Programme”