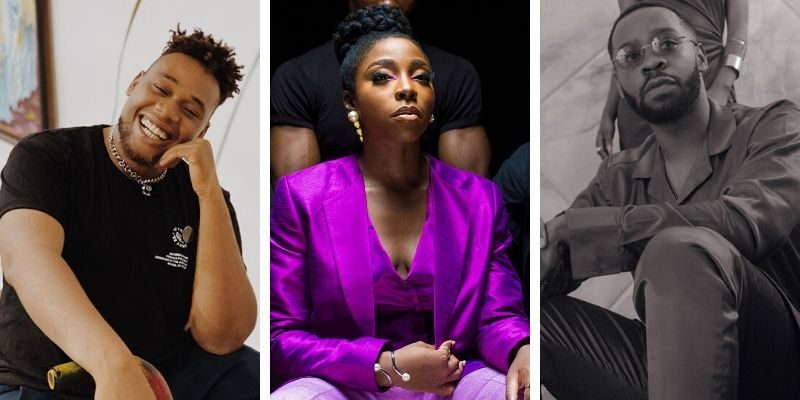 Artists are doing a fair bit to keep us going, and this Friday, we have a lot of material to work with from all our faves. Earlier this week, we brought you new releases by a diverse set of artists, including Lil Frosh, Mayorkun, Ka$hlanta, Sarkodie, GoodGirl LA, The Black Esper, while today, Higo & Hvrry bring Wani, Buju & Minz together for a double release, and Nissi Ogulu updates her confident anthem, “Trouble”, with a video. Joeboy, Kida Kudz, The Cavemen, and Straffitti also have new music to usher us into the weekend.

Last year, London-based Nigerian singer, songwriter, Nissi, released “Trouble” and “Tornado” to build anticipation for her coming project. The Spaceship Records singer has updated “Trouble” with an accompanying video that brings the song’s empowering message to life. While Nissi sings her rebellious lyrics, “When the girls organise, it’s trouble oh”, we watch her goons beat up men trying to disturb her at a bar. Dancers are also seen moving along to the catchy rhythm of the dancehall Kizz Ernie-produced beat.

Last year, we established that Joeboy was one of 2019’s breakout stars. The emPAWA singer’s knack for crystallising young love into Afropop bangers already proved to be a winning formula, he continues this theme in the first single from his upcoming debut album, for “Call”.

Produced by DeraTheBoy, the pop-R&B influenced beat evolves Joeboy’s signature sultry vocals into groovy melodies and lyrics that promise a good time on the dancefloor; “Smoke and booze/ Oya make we feel good”. Singing “I go dey call you my baby/ Na together we go dey”, “Call” is written with the same romantic narrative that defines Joeboy’s music, but he seems more focused on having a good time than he has ever done before.

Buju’s cut from Show Dem Camp’s ‘Palmwine Express’, “Do Me Nice”, was one of the highlights of the project. His whine friendly melodies and the lightweight beat produced by Spax, anchored the duo’s rap verses as they brag about their seductive allure and far-reaching influence in Africa’s music scene. Show Dem Camp have released an official music video for “Do Me Nice” and it pulls viewers into a more sinister story that features Seyi Shey playing a femme fatale, as she watches Tec and Buju kill themselves before shooting Ghost from point black range.

With more than a few bangers under their belts, 80’s sounds’ Higo & Hvrry have proved time and time again to be the bedrock of the alté music scene, which is quickly gaining attention from all over the world. While the world seems to be turned on its head, they have decided to team up to give us some new and exciting music featuring Wani, Buju and Minz.

The producer duo set a groovy backdrop of ambient and catchy Afropop instrumentals that are were made with the aim of taking everyone’s mind off the desolate times we’re in. Wani is partnered with Buju on “Company”, and they both try to navigate the tricky, at times stressful stages of their relationships as they sing; “I need your company/ But I can’t beg you for your love”. For “Issues”, Minz joins Wani for a sultry number written to charm their love interests with vulnerable confessions. Singing “Girl you know I got issues/ And I’ve been trying to reach you” over the drum machine and synth percussion, their unwavering confidence and the pleasant harmonies will convince listeners to nod their heads and tap their feet to the rhythm of the beat.

Kida has just released the first freestyle single, “Jack Jones” and he makes sure to deliver some commentary on how lonely self isolation can get, since we’re all in our Jack Jones. His free-flowing lyrics allow him to move fluidly between different topics; from his upbringing in Ibadan to sending threats and bragging about his drip.

As the indie band behind Lady Donli’s hit song, “Cash”(which featured Davido on the remix), The Cavemen are quietly becoming a force to reckon with in Nigeria’s alternative music space. Their latest release, “You Me I” is a timely one, where they sing about the power of love during life’s uncertainties.

The song sees them adding an ambient sheen to their nostalgia-inducing highlife harmonies. Coupled with reassuring lyrics, “You don’t have to cry/ Baby you should know it’s alright” amplify the soothing harmonies of the instrumentals and adds to the emotional range of the song.

Since he shared his debut tape, Vanilla Sky EP in 2017, Straffitti has continued crafting his trap sound by putting out new music with relative consistency. His latest release, “Straff From Nigeria” is a bold declaration of his unorthodox gangster raps, as he brags about robbing his dealer over the sinister trap beat produced by Chicken Sauce, GClef and Blueface. The accompanying video further highlights Straffitti’s subject matter, as we watch the digitally altered shots of him.

Next Article Joeboy is leading the apocalypse in the video for new single, “Call”