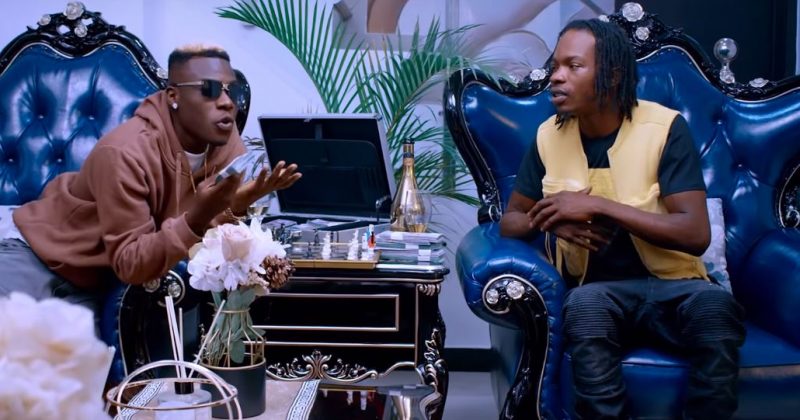 We’ve watched the African music scene grow more expansive and accommodating of different new sounds with the introduction of artists like Tems, Naira Marley, Rema, Ama Rae and others. As a result, it’s hard to predict what the next biggest song out of the country would sound like. The fast and furious pace of new music releases also makes it hard to keep track of it all so we’ve decided to sort through all the new songs from across all the platforms and subgenres around the continent and curate a “Songs of the Day” column to highlight the song you need to hear. You’re welcome.

The street has grown more notorious since 2017 when “Irapada” earmarked Junior Boy as the new voice of the street. These days, the street is run by the Marlian fandom and Junior Boy has enlisted their leader to contribute a rap verse for his latest single, “Money”. The party-driven house beat produced by Chilly Ace serves as the backdrop for Junior Boy and Naira Marley’s verses as they offer their two cents on how to get rich. Avalon Okpe directed the music video showing the artists living their wealthy lifestyle to validate the big money talk heard through the song.

Ictooicy has consistently given us emo tunes fueled by teenage angst and the melancholy of lo-fi instrumentals. Her latest offering, “Channel”, features Anonvisible who joins her on the confessional song about chasing dreams and ambitions.

New York-based Nigerian singer, Richie Benson has released a new single, “I’m Ready”, his first release since his impressive debut project from last year, ‘Croc City Boy’. There’s a distinct freshness to Richie Benson’s music when he hops on a Ransom Beatz beat. On “I’m Ready”, the airy melodies from the producer adds a chilling effect to Richie Benson’s narration of his troubled relationship. Thanks to the catchy beat, listeners can dance to the rhythm while Richie complains about his lover.

The tradition of Nigerian and Ghanaian collaboration continues with Sarkodie’s latest single, “Bumper”, featuring Nigerian producer, Rexxie. Sarkodie layered his Twi rap bars over the uptempo beat Rexxie produced in tune with the street-hop sound popular on the streets of Lagos. While none Twi speakers would struggle to keep up with Sarkodie’s lyrics, the merge of different African culture on “Bumper” makes it one for the record books.

The romantic lyrics heard on Zarion Uti’s latest single, “War” are perfect for the valentine season. However, it’s the catchy mix of string harmonies and percussion produced by Telz that gives the song legs strong enough to last well into the summer season. “War” is a joyous celebration of love and it’s a sure fit for dancefloor DJ sets.

The mellow ambience of R&B is often employed to evoke deeply sentimental feelings from the heart. David Garland dug deep into the romantic context of R&B for his debut, ‘Boy Enough’. The project’s lead single, “Boy Enough”, introduced him as a charmingly sentimental singer with his emotionally charged performance. Though he pours out his heart to attack an ex-lover, the lightweight mix of 808s, ambient synths and backing vocals invite listeners to disappear into a soft pink fog of blissful harmonies.

ICYMI: Junior Boy and 9ice are the leading voice on the street

0000
Previous Article Afropop needs romance to thrive, and these songs prove it