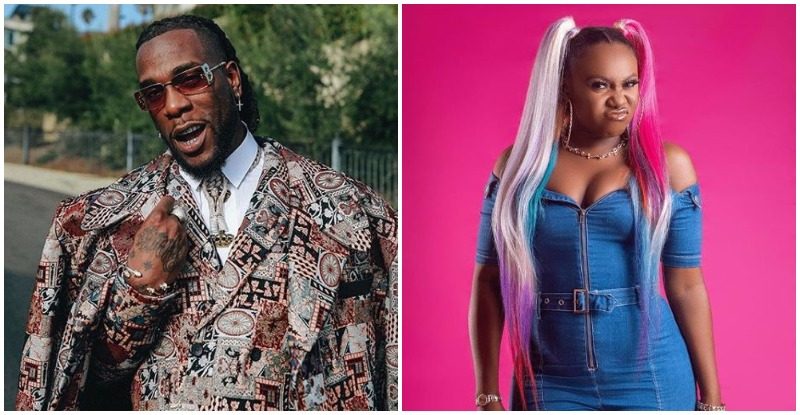 We’ve watched the African music scene grow more expansive and accommodating of different new sounds with the introduction of artists like Tems, Naira Marley, Rema, Ama Rae and others. As a result, it’s hard to predict what the next biggest song out of the continent would sound like. The fast and furious pace of new music releases also makes it hard to keep track of it all so we’ve decided to sort through all the new songs from across all the platforms and subgenres around the continent and curate a “Songs of the Day” column to highlight the song you need to hear. You’re welcome.

Like we predicted at the beginning of last year, Burna Boy went on a second successive MVP run, one that was even more dominant than his stunning 2018 campaign. Not looking to relinquish the crown anytime soon, the afro-fusionist is back with new music, and as is customary, it slaps. “Odogwu”, the follow-up to the glossy “Money Play”, finds Burna at his assertive best. Running his smooth baritone across Kel P’s laidback and colourful Igbo Folk groove, Burna emphasizes his status as a pioneer and one of Africa’s biggest musical exports, with pointed, sweetly sung lines like “say na who dey draw the map o?/you are looking at the champion”. With “Odogwu”, Burna lays down the gauntlet for another potentially stellar year.

Becca – “No One” feat. Busiswa

“No One”, the new single from Ghanaian singer Becca, is a pan-African dream. She features South African House diva Busiswa, and the bombastic beat is produced by Nigerian producer/singer Dunnie. The three women collaborate for an intoxicating, club-ready banger that pays homage to the beauty of African women. While she does a lot of her best work in mid-tempo settings, Becca rises to the occasion with her booming vocals, giving an imposing personality to her sassy lyrics. Busiswa also puts her best foot forward, adding a playful energy with her short but effective cameo.

Since getting selected as one of the hundred artists in the first round of emPawa music video funding, Joojo Addison has been proving himself as one of the future stars of afropop. “Ba Jo”, the Ghanaian artist’s latest single, is another slice of Joojo’s colourful, highlife indebted style of music. Taking a break from the personal tilt of his previous releases, “Ba Jo” is an infectious call to party, buoyed vintage piano keys, horn blasts, knotty guitar riffs and bouncy percussion. Contrasting Joojo’s raspy vocals, Ghanaian singer Amaarae adds her goddess-level magic to “Ba Jo”, contributing a stunning, sexually charged verse that interpolates “Barbie Girl”, the classic Eurodance banger by the Danish-Norwegian band Aqua.

On paper, a Niniola and Femi Kuti collaboration, produced by Kel P, is a mouth-watering prospect. Thankfully, the resulting song, “Fantasy”, lives up to its billing. Weaving a tale about a long distance lover who’s coming into town for a short while, “Fantasy” continues Niniola’s knack for sensual narratives. While it’s not as steamy as some of her best work, her lyrics depict a desperate anticipation for a sorely wanted person, which is in itself sex-positive and relatable. Femi Kuti brightens “Fanatasy” with his horn scats, piercing through Kel P’s soft piano chords, winking guitar riffs and bombastic drums.

Since releasing his impressive debut project, 2016’s ‘Ajna’, Tonero has been growing a niche but dedicated fanbase with occasional singles and features. Continuing his slow and steady build, the singer has opened his account for the year with “Hennessy”, a romance-themed cut set to a slinky dembow groove. “Hey hey hey, for me, nobody fit come close”, Tonero sings on the hook, letting his affection flow through his impassioned delivery. Abuja-based rapper Tomi features on “Hennessy”, and he drops a striking verse packed with mushy imagery.

With her well-received 2019 debut LP, ‘Nadia Naked’, Nadia Nakai cemented herself as one of the foremost female rappers on the continent. On her stomping new single, “40 Bars”, the South African rapper sneers at the competition and reiterates her focus on cashing out and living her best life. “Look at the records we broke, all the shows and the tours, we gotta be up”, she assertively quips over whirring piano synths and reverbed 808 bass. Nadia is joined by the self-proclaimed African trapper, Emtee, and he follows her lead with his own unapologetic, confident verse.

Next Article Rap song of the week: 1641 deliver infectious swag rap on “Designer”