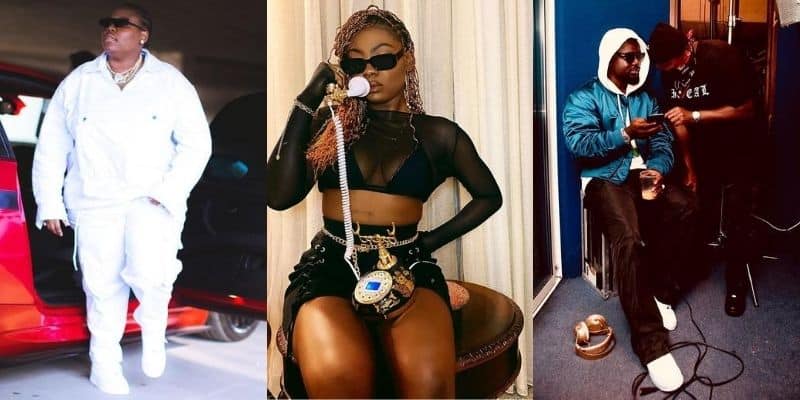 Songs of the day: New music from Adé Lasodé, 2 Baba, Sarkodie, and more.

The past few months have been difficult to go through. An ongoing pandemic has forced us to significantly curtail movements and social interactions, at the same time fighting injustices on multiple fronts. Luckily, the one palliative we can rely on is the continued and diverse stream of music that has continued to grace ears all over the continent. In a bid to brighten your mood with the finest African tunes, we’ve looked around to bring you four of the best records at the moment – songs you absolutely need to hear.

Adé Lasodé has sprinkled a few releases across streaming services since she debuted in 2018. But this year, she has kept a steady string of releases including music videos, suggesting that being isolated in quarantine has had a positive effect on her musical output, in terms of quantity and of course quality. Her new single, “Scars” is her 5th single this year and it details her painful experience with love. “My mind craved love but my heart felt dust” she sings over the immersive guitar-led instrumentals she produced. While her voice has always been an impressive feature on her songs, here it takes an evocative texture that makes the song melancholic and the perfect theme music to soundtrack painful breakups. The music video for “Scars” captures her sitting by herself in her room as she expresses her tortured feelings from what looks to be a depressive state.

Sarkodie is one of the most prolific hip-hop acts in Africa and he has several local and international awards to prove it. His latest single, “CEO Flow” finds him reminiscing on his rise to acclaim and the challenges he has faced on this career path; “Decade in the game/ I made a lot of cash/ But I need more cause you know we blowing money fast”. Complementing Sarkodie’s signature blend of English and Twi lyrics, is the west coast rap flow brought into the mix by featured artist, E-40 who is also a legend in the rap game, hailing from America. The accompanying video directed by Visionary Pictures shows Sarkodie in his element as we watch him pulling up at a studio to rap in the booth while cuts of clips from his stage performances are also wielded at intervals, reminding us of what we’re missing out on in our present state of self isolation.

The need for humankind to stick together has been more pronounced in 2020, with the world battling against a common enemy, COVID-19. The pandemic has taken lives, cost people their jobs and forced the world into a lockdown, stuck at home and away from daily routines, friends and family. As we mentioned earlier, music has been one of the only silver linings of these uncertain times as we’ve been able to count on songs to either speak on the important issues or provide escape from them. “Stand Together” is a solidarity anthem against COVID-19 and it was released in partnership with the Nelson Mandela Foundation and MTV Base who brought some of the biggest music stars in Africa together to show the unity in our society. 2Baba who is no stranger to creating music with positive political statements takes the first verse before he’s followed by Ahmed Soultan(Morocco), Ben Pol (Tanzania), Teni (Nigeria), Yemi Alade (Nigeria), Stanley Enow (Cameroon), Gigi La Mayne (South Africa), Prodigio (Angola) and finally, Betty G (Ethiopia). The music video for the track depicts the artists performing their vocals from the comfort of their homes – deliberately encouraging us to stay at home in order to prevent the spread of the disease – as they take turns delivering inspiring lyrics in English and their indigenous languages over the beat produced by Cobhams Asuquo.

Shun B’s latest single, “Oju Aja” is a romantic song addressed at his love interest. Contrasting Shun B’s sensual and lightweight vocals is a beat, produced by Bigmousebeat, primed to get people dancing.”Oju Aja” narrates a tale of ambition as Breezy expresses the desires that drive his hustler mindset; “Chop life is a most/ let me put your yansh in a Porsche”. The song also alludes to Shun B’s newfound confidence in his career as it’s his first release since he got signed to new label management, Sony Music West Africa saying “To the world/ From a small room now to the world”. This particular nod adds an inspiring theme to the otherwise entirely romantic direction of the song.

SONGS OF THE DAY: NEW MUSIC FROM PSYCHO YP, THE CAVEMEN, MISSAEI, SGAWD AND MORE

Next Article We need to talk about afrobeats