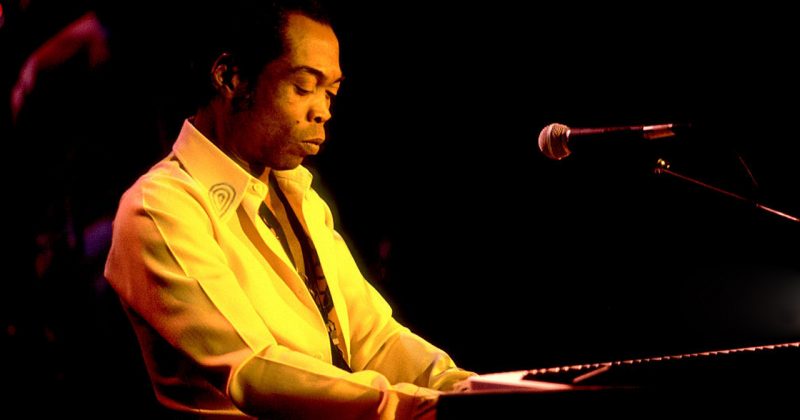 The Shuffle: “Trouble Sleep Yanga Wake Am” was Fela at his most succinct

Last week, most of Nigeria and by extension most of the world put down their briefcases and ploughshares and took a few days off to celebrate the life, legend and legacy of Fela Anikulapo Kuti, arguably Nigeria’s biggest creative export. From exhibitions to concerts, talks to parties, people remembered the man who created what we know today as Afrobeat and who at his zenith held more clout in Nigeria than the Federal government. But few songs best illustrate why Fela remains as beloved and idolized twenty years after his death as “Trouble Sleep Yanga Wake Am”, off Kuti’s 1971 album Roforofo Fight.

Released as part of a quartet of albums from the most productive year of Abami Eda’s career, “Trouble Sleep Yanga Wake Am” has all the hallmarks of a classic Fela single, a languid, self determined instrumental warm up that goes on for several minutes, putting the listener in the right frame of mind, and setting up a tonal theme for the rest of the performance, a choral style, call and response chorus in conjunction with Fela’s omnipresent band, and long winding verse that defy the laws of composition and march at a tempo that only Fela decides. But what really distinguishes this song from the rest of the master’s oeuvre, is the masterful storytelling that Fela employs. Fela had always understood that at the core of his sway over his fans was his ability to empathize with their terribly oppressed lives, and the skill with which he consumed their stories, ruminated on them and regurgitated them back, defiance milled into the broth.

“Trouble Sleep Yanga Wake Am” is brimming with defiance, delivered subtly as an exchange, reflected through a lens of righteous justice. Fela sings of the oppressed, and personifies the oppression of Nigerian people. He asks through a direct chorus and series of vignettes, that the suffering of oppressed be respected and that if it is not, then the oppressed is justified in their decision to revolt, to take arms against the persons who mock their suffering and remain unempathetic to their oppression. He substitutes the government for smaller, more relatable avatars of power, like the landlord who wields the power to deny shelter, or the policeman who can take away a man’s freedom, or even closer. Never to look away from intrigue when the opportunity presents itself, Fela subverts his own theme in the third vignette about a husband, citing that sometimes it is our own avarice and pride, not an external agitator that puts us in trouble.

40 years after it was first released, through military regimes and civilian governments and a world that went digital, “Trouble Sleep Yanga Wake Am” remains relevant, because it tells a fundamentally human story.

ICYMI,  The Shuffle: Revisiting Endia’s “Me and My Guys” for all the lost ones