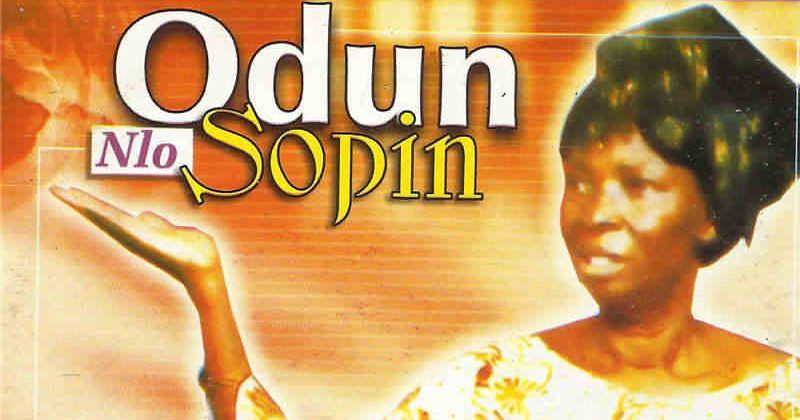 Few cultural artefacts scream, “Ah yes, the ember months” louder than CAC Good Women Choir’s “Odun Lo Sopin”. It might as well be the theme song for the trends that would dominate popular conversations in western Nigeria following its 1979 release. In 40 years, the song has remained an evergreen classic, resurfacing with religious devotion each time the calendar years nears its end between September and December.

Mrs Deborah Fasoyin who led the 200 women Christ Apostolic Church (CAC) Good Women Choir in Ibadan to sing the hit record has gone on record saying that the song was inspired by a CAC composition dating back to the early 1940s. “It was a hymn that was sung at the end of each year by all CAC churches but we added only two verses to the original composition so one can’t really say who wrote it but many have said that we made it famous and we thank God for that,” she told a media publication in 2017.

The religious origin story is certainly interesting—another case of the church inspiring musical talent—but it’s the song’s apt depiction of our end of year anxieties that make it unforgettable. Channelling the optimism of prayer, the melodic chant rhythm is celebratory while the lyrics plead for safe, stress-free passage into the new year. “Odun Lo Sopin” is the perfect marriage of iconic bassline, magnificently rendered Yoruba vocals made for the prayerful lyrics, and cultural relevance that supersedes changing trends.