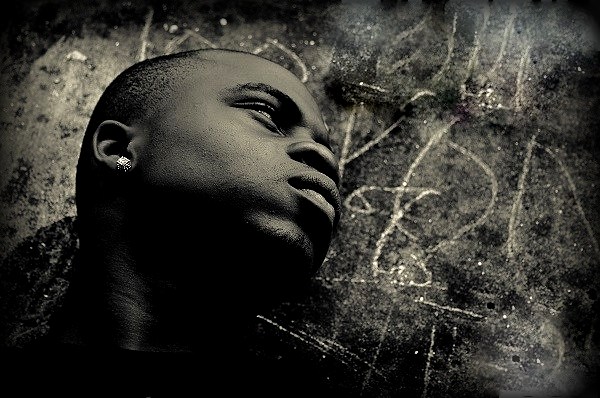 On the 30th of April, 2010, thousands of people packed in and around Lagos’ Atan cemetery to pay last respects to the then just departed rapper, Dagrin. Eight days prior, the man born Oladapo Olaitan Olaonipekun passed away at the Lagos University Teaching Hospital (LUTH), following health complications from a ghastly car accident that happened eight days before his death.

At just 26years old, Dagrin’s passing was very sudden, and the instant grief it caused many was heightened by the impression that he would have achieved way more if it wasn’t for the finality of his death. This was the fuel behind the morose, yet charged atmosphere at his burial, where attendees included visibly distraught family members, friends and industry colleagues. Majority of those present were fans, including myself and three other friends, who had come to hang onto every word of the rapper’s hugely successful 2009 album, C.E.O (Chief Executive Omo Ita).

Although C.E.O was a breakout of epic proportions, it took some time for Dagrin to become the burgeoning superstar he was, at the tail end of his life. Back in 2006, he independently released Still on the Matter, a debut album that barely made a dent commercially. To be fair, the quality of Dagrin’s debut was a far cry from his follow-up: his song craft was still very crude, the mixing was less than ideal and the production choices did little to flatter his still developing voice. There was promise on the album, though, mainly from in his writing. Cuts like the romantic “Kowale” and the self-assured “Rap Rules” flaunted his ability for vivid raps—but in the music business, promise doesn’t always equate to staying power.

Very often, artists tend to go from obscurity to non-existent after a self-funded project flops. In Dagrin’s case, though, he successfully kicked against oblivion. In addition to his tenacity, his rise was buoyed by finding the right allies – musically and business-wise. On the business side of things, the rapper stuck to putting out music on his own imprint, Missofunyin Entertainment, however, he signed a management deal with Edlyne Records, the label behind DJ Zeez “Fokasibe” and “Bobbie FC”. Dagrin’s pact with a record label, who knew the workings of the Nigerian music space at the time, gave him a huge boost in terms of marketing and promotion.

This positioning was made supremely effective due to the tangible improvement in Dagrin’s music. An integral part of that renaissance was Sossick, the principal sonic architect behind C.E.O. The two crossed paths circa late 2007, after a friend of Dagrin’s introduced the rapper to the producer. At the time of their acquaintance, Sossick was already a popular name within Nigerian hip-hop circles, due to his production work with one of the best rappers around at the time, Gino. Sossick produced the entirety of Gino’s 2006 classic album, Pain Plus Work, which housed the seminal track, “No Be God”.

With their match-up as an undeniably talented rapper and experienced producer, Dagrin and Sossick formed a great musical partnership, which was further entrenched by the deep friendship they fostered along the way. On C.E.O, their synergy is on full display; Dagrin’s guttural voice and striking lyricism are commanding, while Sossick’s superior knowledge of song arrangement and his consistent beat-making—ranging from moving soul-samplers to chunky thumpers—enhances the album’s entertainment value.

Darting between the introspective “Ghetto Dreams”, ambitious “Make Doe”, celebratory “Gboro” and imperial “Swag [Fi Le]”, C.E.O is a wholesome portrait of a man with an enduring spirit. Coming from a relatively poor background where little is given, and growing up in the inner parts of Lagos where closing your eyes was a respite from the harshness of reality, Dagrin’s music reflected his truths at every turn, which is what drew die hard fans to him, especially those who understood Yoruba. For those who didn’t understand his every word, the catch was in his ability to make you feel the emotions behind his words, with alternating cadences and appropriate beat selections.

Similar to Gino’s “No Be God” and M.I’s “Safe”, impactful lead singles off classic Nigerian hip-hop albums, C.E.O’s lead single was “Pon Pon Pon”, a cut that’s widely regarded as one of the hardest rap songs made by a Nigerian. Over Sossick’s screeching piano strings and Leviathan bass drops, Dagrin runs through a series of declarative bars, each one as potent as the preceding one, contributing to the infectious feeling of being invincible the rapper exudes throughout the song. Crystallising its outsize impact, the song’s car horn-mimicking hook—“mo l’enu bi pon pon pon”—quickly entered pop culture lexicon, one of the signifiers of a true street-bred smash hit.

Although Dagrin’s commercial impact was the biggest it had ever been for an indigenous rapper, it didn’t occur in isolation. At the time of his blow-up, the ID Cabasa-led collective, Coded Tunes, was having a major moment following the smash success of 9ice’s 2008 classic album, Gongo Aso. 9ice, who performs the majority of his music in Yoruba, was one of the country’s biggest pop stars, and his ongoing success provided a direct lineage for Dagrin’s reception. There’s also Lord of Ajasa, the Coded Tunes affiliate who is credited for pioneering Yoruba rap on a mainstream level. Although Ajasa never reached the same level of acclaim, there’s no doubt he was important in paving the way for Dagrin.

None of this diminishes Dagrin’s achievements, it only provides the proper context for a stunning, short career that held even more potential. Due to his unfortunate, untimely passing, we cannot correctly gauge how well Dagrin would have thrived in the last decade, but with the ongoing domination of indigenous rap music and street-hop in the contemporary afropop terrain, the projections are positive. What can be said with certainty, however, is that Barrack O’grin—as he proclaimed himself on the remix of General Pype’s “Champion”—left two indelible footprints in the sands of Nigerian music history.

ON THE EVERLASTING MYSTERY OF DAGRIN’S LAST SONG

0000
Previous Article Legacy: The late Da Grin, a beacon of hope to the hopeless