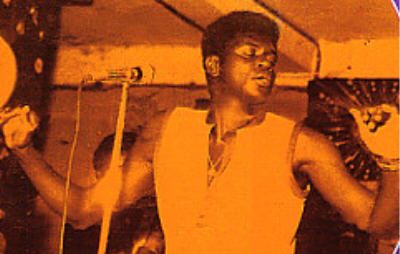 In 1967, Fela Anikulapo-Kuti moved to Ghana in search of work for himself and his highlife-jazz band, Koola Lobitos. During this job hunt, Fela visited a club in Accra where the late Sierra Leonean-Nigerian singer, Geraldo Pino played with his band, the Heartbeats. In “Fela: This Bitch of a Life”, the 1982 autobiography authored by Carlos Moore, the Afrobeat pioneer explained the profound effect of seeing that show, saying, “After seeing this Pino, I knew I had to get my shit together. And Quick!”

That Fela statement illustrates how much command Geraldo Pino and the Heartbeats had over the West African music scene. In the early ’60s, highlife was the premier genre of music, and even though it was associated with sophistication, the recording practices and performance gears of most bands at the time were antiquated. Performing with cutting edge instruments, imported amplifiers and a six microphone public address system, Geraldo and his band were light years ahead of their peers in terms of sonic aesthetics. This superiority also embellished their status as one of the pioneering soul music bands on the continent.

Starting off in Freetown, Sierra Leone, Geraldo Pino and the Heartbeats were initially a rock n roll band, but by the mid ’60s they tapped into the craze of the American soul/funk music sweeping the world, via the work of superstars like James Brown and Ray Charles. With superior gear and a fresh take on an internationally acclaimed sound, the band became a west African sensation, following their concurrent relocation to Accra, Ghana. According to the Heartbeats drummer, Francis Fuster, the move to Accra helped their appeal in multiple countries, since they were located in the centre of these places.

“Shake Hands”, their first smash hit, played directly into this larger regional appeal and as they also urged their African listeners to embrace one another. “Let bygones be bygones, let’s start again/call me brother!”, Geraldo Pino bellowed over propulsive guitar licks, shrill piano chords and rolling percussion. It was released during the post-colonial era and as a result, carried the high level optimism and sense of national togetherness that was common to West African countries at the time.

“Shake Hands” kicked off a dominant run for Geraldo Pino and the Heartbeats, a period during which they toured multiple countries and scored more hit records. By the late ’60s, Geraldo relocated to Port Harcourt, Nigeria, and in the early ’70s, the original lineup of the Heartbeats departed. By this time, though, Geraldo Pino’s impact on African music was already outsize: he had memorable moments like sharing a stage with James Brown, and his band effectively raised the bar for music in west Africa.

0000
Previous Article Zoro reps his roots in the video for his catchy single, “Kulture”

Next Article Essentials: Bryan The Mensah reiterates his goals on ‘I Don’t Feel Like Going Outside’