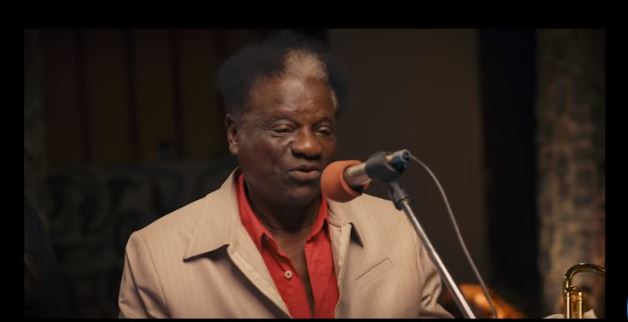 On Wednesday, February 12, 2020, news of Dr. Victor Olaiya’s passing reached the public. It was the second time in two days that African music was losing a seminal figure to the cold hands of death—Joseph Shabalala, the founder of South Africa’s Ladysmith Black Mambazo band, passed away a day before. Passing away at 89 years old, though, the consolation is that Victor Olaiya, a bonafide Nigerian music legend, lived a full and very impactful life.

A singer, trumpeter and bandleader, Victor Olaiya rose to fame as a highlife artist in the early 1950s, after a period playing with one of highlife’s pioneering artists, Bobby Benson. Performing and recording his music with his Cool Cats band—later renamed as the All Stars International band—Victor Olaiya maintained a high level of popularity till the 1960s and early 1970s, a period during which he delivered a consistent slew of hit songs like “Omopupa”, “So Fun Mi”, “Iye Jemila” and more. Even though he slowed his roll in the following decades, Victor Olaiya’s achievements afforded him the treatment of a living legend.

In 2013, a younger generation of Nigerians were given a proper introduction to Victor Olaiya during a short period of resurgence that saw him collaborate with 2Baba—fka 2Face Idibia—on the single, “Baby Mi Da”. The song was a remix of Olaiya’s hit song, “Mofe Mu’yan”—alternately known as “Baby Jowo” as a way to clean up its title. While the remix with 2Baba did a brilliant job of bringing the highlife classic into a modern context, the original track is a potent example of Dr Olaiya’s magic in his prime.

Highlife is known for being suited to light-hearted themes and Victor Olaiya’s “Mofe Mu’yan” plays into that trope, albeit with a lewd twist. Predominantly backed by strutting percussion, groovy guitar rhythms and blaring horn harmonies, he pleas with a lover for her affection, making his preferred type of physical affection known via his explicit lyrics. Similar to the titular adjustment, the lyrical content of “Baby Mi Da” is cleaned up as a puritanical face-lift for Dr Olaiya’s status as an elder statesman at the time, however, the original version is an authentic representation of why he earned the title, ‘Evil Genius of Highlife’.

Celebrate the life of Dr. Olaiya by listening to “Mo Fe Mu’yan” below.

Next Article Bella Shmurda gets spiritual in the video for “Omnipotent”