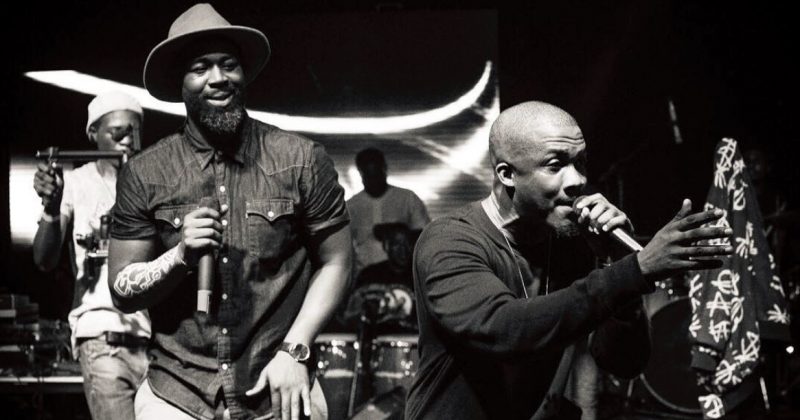 In the same way MI’s ironically inspiring “You Rappers Should Fix Up Your Life” garnered public acclaim and showed the thriving hip-hop scene in Nigeria through the responses from rappers, hip-hop duo, Show Dem Camp is spearheading a movement both kids and old-school veterans alike, can get excited about. They released their 6th project, Palm Wine Music Vol.1 last year then went on to perform at two shows before closing the year with a debut Palm Wine Music festival. The hip-hop duo will kick off the year starting with a concert, ‘SDC Live’ scheduled for the 18th of February.

The ‘SDC Live’ concert will hold at Hard Rock Cafe at 8 PM and they have released a set list yet, Tec and Ghost have a potent track list never mind their reputation for featuring other young promising acts like Tomi Thomas, BOJ, Funbi, LadiPoe, Ajebutter and more. Click this link to purchase tickets for ‘SDC Live’.

ICYMI: You can watch the video for Show Dem Camp’s “Up To You” here