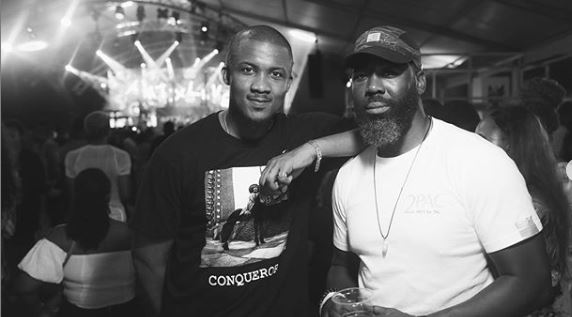 SDC have been very active in the last year, with the release of ‘Palmwine Music 2’ last year, and their socially conscious project, ‘Clone Wars, Vol IV (These Buhari Times)’, from January this year. Now, they are gearing up to release ‘Palmwine Express’, another instalment of the highly successful series.

The group announced the new project with its party-themed cover art on their social media pages, along with its scheduled release date next Friday, December 13. SDC haven’t shared the tracklist for ‘Palmwine Express’ just yet, but there are hushes of collaborations with singers like Buju and Tomi Thomas. We’ll be sure to give you updates when we know more.

‘Palmwine Express’ will serve as a precursor up to the third instalment of SDC’s annual headlining concert, Palmwine Festival, which will take place on December 28 at the Muri Okunlola park in Lagos.

Check out the announcement post for ‘Palmwine Express’ here.

Dennis is not an interesting person. Tweet Your Favourite SDC Songs at him @dennisadepeter