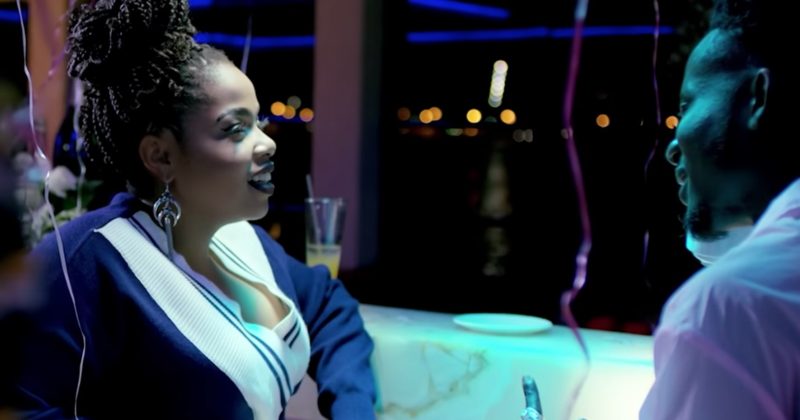 Watch Shekhinah feature Mr Eazi on the remix for “Suited”

The accompanying video for the remix sets both singers on a yacht in the middle of the ocean, performing their lyrics on the set of a photo shoot. It starts with Mr Eazi, who offers a verse affirming his commitment to his love interest. He is set atop the yacht, drinking and seemingly soaking in the scenery, waiting to be called for the shoot. He eventually ends up on the floral-themed shoot set. Both end up at a couples boat party where everyone is paired with a lover and the decorations —balloons, shimmery ribbons and bright lights— all represent the general idea of Shekhinah’s “Suited”: the celebration of love

ICYMI: Riton and Kah-Lo team up with Mr. Eazi for “Catching Feelings”