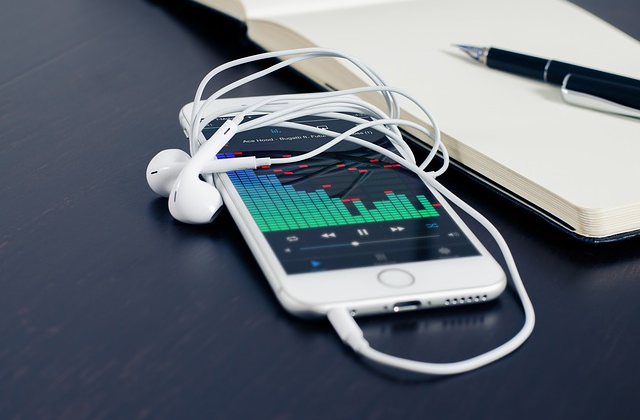 Less than a decade ago, Soulja Boy redefined the typical rapper-with-a-mixtape trope by promoting and selling his music with the aid of websites like SoundClick and Myspace. Today, as an enhanced tool for both music distribution and promotion, streaming has democratized the playing field up to a respectable level, where independent, up-and-coming artists have a stronger reach and can build a solid supporter base that stretches far beyond their locale.

Helpful as it is, the streaming model—nebulous, pennies in bucket prices per stream—isn’t by any means a cake-walk to riches. The pro-rata system of paying out royalties places more priority on the more popular artists. In Nigeria, the capacity of indie artists to make good money via streaming is further compounded by the lack of public access to unlimited mobile internet.

As a platform where merchants can sell their products, Selar’s unique twist is that items up for digital download like music can be sold as well. The steps are simple: artists sign up, set up a bank account information that will be used for pay-outs, upload the music, then share the purchase link with potential buyers.

The allure of Selar for artists is that they get to set the selling price for their music, as opposed to the fixed prices accompanying other online music selling platforms, where albums are sold for as low as a hundred naira. The template of selling at the lowest possible price may work for mainstream artists whose major sources of income are performance and endorsement fees, but it’s not a sustainable model of operation for independent artists working with a significantly smaller reach.

Did you know that with Selar you can empower allies to help market/sell your products & pay them an agreed percentage ? An ally is a marketer/influencer you can empower to push your products to their following and in turn, they make money off purchases completed through them. Check out https://selar.co/allies for more information. – – – – #EmpoweringPeople #WereHappyWhenYoureHappy #SellingMadeEasy #TheBestWayToSell #SellWithSelar #Mission

“A value we hold on to is ensuring artists make the most money from their art,” Douglas Kendyson, one of Selar’s co-founders, says of their service. In keeping with their ethos, he adds: “We don’t have a setup or a withdrawal fee, just a transaction fee for each transaction”.

“Transparency is very key for us, that’s why we have real-time dashboard artists can monitor not just for sales, but even views, and source of traffic to help an artist decide where best to direct their effort” – Douglas Kendyson, co-founder, Selar. In addition, Selar also services releases from Ghanaian and Kenyan artists, with the same application rates and processes in country-specific currencies.

For transactions carried out in Naira, the transaction fee is pegged at 4% of the selling price plus fifty Naira (#50). “On each sale of Half Price, they were taking off just ninety Naira (#90)”, rapper/producer Alpha noted, confirmation of that the charges left him with over 90% of the predetermined price for selling his 2018 debut album on Selar. Where local online music stores offer around half the initial paltry price as a split ratio, Selar’s rate is a steal for the artist.

“The money that I have touched, received from Half Price [so far] is from Selar”, Alpha says matter-of-factly, before going to relate how convoluted it is to receive proceedings from streaming services. With Selar, money from sales is remitted the very next day purchases are made, excluding weekends.

The caveat of using Selar as the primary medium of sales is an emphasis on value. Slapping an album with a price exceeding the norm, there’s an onus on the artist to provide a quality release that justifies the amount being demanded. Obviously, Selar works best for artists who have built a catalogue of music, and have cultivated a high level of trust with familiar listeners who would be more inclined to purchase the album based on their affinity for past releases.

Yall should please buy LOFN 2. A lot of work went into making it awesome. We created a body of work that can stand beside any album anywhere in the world. The proceeds are going to two NGOs: One helps children fight Cancer (The Dorcas Cancer Foundation). The second helps rape victims (Mirabel Center). Please buy, support, share and enjoy the music. Buy here: https://selar.co/5y9n #music #love #valentine #cancer #rape

Selar currently has a preview feature, but streaming still plays a role for new listeners and sceptics. Dolapo Amusat, co-founder of WeTalkSound, a music sharing community-based in Ibadan, along with other members of the team made the decision to upload the community’s latest compilation, LOFN 2, to their SoundCloud page just a day after exclusive sales on Selar, in hopes positive reactions helps in assisting sales.

The ongoing myth that Nigerians don’t like to buy music may be true to an extent, but it’s not difficult to support artists we believe will deliver. As a nascent option for music sales, with currently winning features and upcoming updates to enhance their services, Selar is building a worthwhile, creative-friendly low-level music distribution.

Sauti Sol’s latest album, “Afrikan Sauce” is an Afropop game-changer and here’s why

Next Article Watch Eva Alordiah’s sex positive short-film, “Where is the Condom”