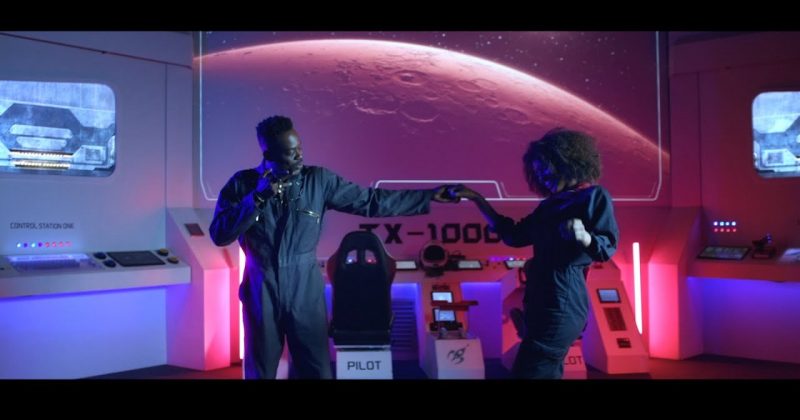 See Adekunle Gold in “Surrender”, a space-themed music video off his latest album

“Surrender” is the second video released off Adekunle Gold’s sophomore album ‘About 30’. “Fame” the first video, follows the theme of the album and the video mirrors that theme. For “Surrender”, however, Adekunle Gold and the video’s director Sam Kirk, opt for a more playful depiction of the song’s sentiment

Adekunle wakes up from a dream at the end of his video for “Surrender”, laughing to himself on the couch. The video begins in a space station run by Adekunle Gold and assistant slash love interest, playfully running a spacecraft while he sings promises of forever to her. You’d wonder how dancers would get into what you’d assume is a secure area but then you realise he’s dreaming and the human subconscious has been known to engender strangeness.

There could be a Adekunle Gold and Davido collaboration sometime soon