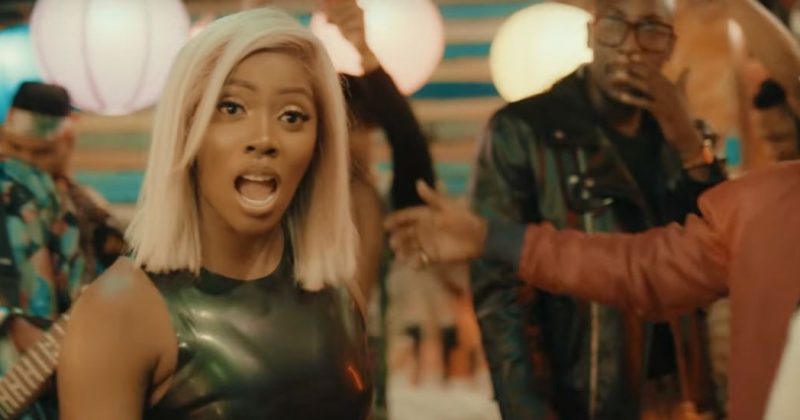 Because Afropop like any Pop sound often relies on cliches and predictability (for relatability, ironically), occasionally Sauti Sol stylistically tends towards radio-friendliness to the point that the music could pass for any other bubblegum pop song on Billboard charts. But no, this doesn’t mean that they make bad music, Sauti Sol does the opposite of that in fact. However, it does mean that perhaps due to self-censorship for wider acceptance, there is a limited range of themes to expect from the group. But as Maleek Berry’s signature opens into a guitar riff and slow finger snaps on “Girl Next Door”, the mellowness somewhat implicitly hints the track as a sexy oddball from the group’s catalogue.

Lyrically, however, “Girl Next Door” fits comfortably into Sauti Sol’s romantic and cheesy discography. With Tiwa Savage as muse, the three singers perform convincing sets targeted at the hearts of fans. Over the mid-tempo Caribbean-influenced harmonies, “Girl Next Door” unfolds into a sensual number that sets a steaming mood to make you want to take your clothes off.

“Girl Next Door” is the second release from their anticipated AfrikanSauce project which they promise will be released monthly till November 2018.  The video for “Girl Next Door” is directed by Unlimited LA, who portrays the song’s racy themes in a ghetto and a party scene with slow whine dances. On track and music video, Sauti Sol continues to show appreciation for African women and Tiwa Savage reminds us that love is very reciprocated with the same affectionateness.

You can stream the video below.

0000
Previous Article Best New Music: Lady Donli’s “Roses For K” is a final gesture to a once great love