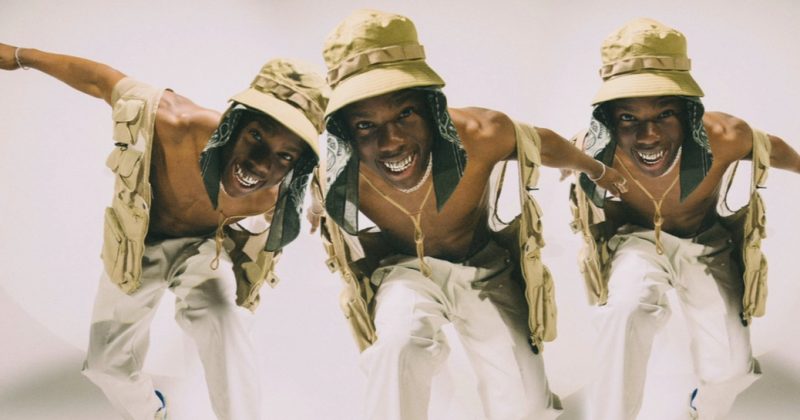 How Rema has changed the afropop game in only one year

It feels like a lot longer, given his meteoric rise, but today marks one year since Rema was introduced to the Afropop world with his self-titled EP. Less than a week after he dropped this era defining project, I sat with Rema for his first-ever interview, and looking back at that conversation, it has been a monumental year for the afropop star.

After 3 EPs, several coveted awards such as Next Rated at The Headies, and Best New Artist at the SoundCity MVP Awards, his growth in every area is palpable. He came into the scene with hit song, “Dumebi” on his hands, and over the past 12 months, has continued to cement his status as a prolific and versatile artist, thanks to a genre-bending catalogue of hits.

The 4-track EP was short and sweet enough for listeners to take note of every song, which led the entire project to dominate radio playlists and music streaming charts across the country. When I spoke to him for the TRYBE section in our last print issue, he had the poise of a teenager on the brink of success and offered context about how he’s able to appeal to mainstream afropop, while still channelling the familiar angst of next-gen hip-hop artists such as Lil’ Uzi Vert and Juice WRLD.

‘Rema’ arrived as a blend of all the diverse sounds dominating popular culture in Nigeria. The lead single, “Iron Man” pulled influence from Bollywood score melodies while traces of Wizkid’s rhythmic songwriting are unmistakably evident on “Dumebi”. He also demonstrated his global influence with the emo-trap “Why”, which showed that Nigerian music can be just as inventive, weird and expressive as something you’d hear anywhere else in the world. Though these foreign influences already existed in Nigerian rap, ‘Rema’ managed to take what would be categorised as an underground sound into Nigerian mainstream.

Rema also represented everything Nigerians often berate the alté community for, from his strange gimmicks (masks and teddy bears) to his undefinable sound. Beyond bridging this gap, he also stood as a reflection of afropop’s global appeal. This put him in conversations about being one of Nigeria’s biggest exports, allowed collaborations with superstars from all over the world like Becky G; Major Lazer & 6lack. He also earned the seal of approval of The Obamas (more than once), and a spot in Rolling Stone’s list of the best 50 songs in 2019.

On his first project, which is a year old today, Rema tackled love, life, nature and neglect against an eclectic range of beats, these struggles he sang about coincide with joy and youthful exuberance with a bravery that made it even more enjoyable. Thematically, the EP played out as a voyage through a Nigerian teenager’s emotional rollercoaster, and was the first of the sort to do so. Young Nigerian boys could look at him and see themselves like never before, and young Nigerian girls were finally given a teenage heartthrob who they could actually crush on.

His command of the spotlight—whether he was flirting (“Baby come and sing my song/ You dey make me wan dey give you more”), boasting (“It’s a Miracle/ Oya Come taste my money oh”) or talking glorious nonsense (“Kakara/ Make I give her the pon pon pon”)—presented a popstar manifesto with something for everyone, young or not. The Ozedikuz -produced “Dumebi” took off instantly for being a mosh-pit inducing heartbreak anthem, whilst also being the perfect party anthem.

It’s impossible to erase the mark Rema has left on afropop history in the last year, and it comes as no real surprise that his rise to the top has been trailed with comparisons to Wizkid. Both artists attained mainstream success almost immediately, and grew their fanbase with the flashy allure of being teenage heartthrobs. Wizkid throughout the decade has delivered constant hits and is without a doubt one of the biggest artists today, and beyond the hits, we’re seeing him inspiring the next generation of hitmakers, and it’s clear that he’s one of Rema’s sonic influences.

While Wizkid captured the popular zeitgeist and built homegrown support before taking on the bigger responsibility of representing the continent on the Billboard charts, Rema built his buzz on the global stage right from the start. Where Rema’s breakout song has 17 million YouTube views, Wizkid’s racked up 1.9 million over the years, which is a testament to the times both artists came out into.

Over the last year, Rema has become a prominent figure in regional and international scenes, and he performs Afropop songs on prestigious global stages like his half time performance at the NBA All-Star Weekend. While international fans vibe with his lyrics with so many international remixes for “Dumebi”, fans at home appreciate the angst-filled trap songs they can relate to. Rema might take influences from the Afropop sound Wizkid popularised, but he’s using it as a tool to tell his own stories.

Rema embodies the entirety of Afropop’s evolution in one moment, benefitting from the changes the industry has seen over the years and drawing influence from those who walked the same path before him. Gen-Z  music stars all over the world from Megan Thee Stallion to Roddy Ricch have also benefitted from this, and seen very similar success to Rema in a short time frame. What they all have in common also, is that they’re using their music and position as a tool to inspire their peers all over the world, which immediately sets them apart.

Beyond the jams, and whether he intends to or not, his position on the global stage serves as a beacon of light for other young Nigerians, whose dreams are limited by just being a product of this society. Rema presented himself to the world as he is, and continues to tow his path on his own terms. We’re looking forward to seeing what the next year with him looks like.

Next Article For the Girls: Get Familiar with Yungen Blakrok, the South African rapper who traded bars with Kendrick Lamar