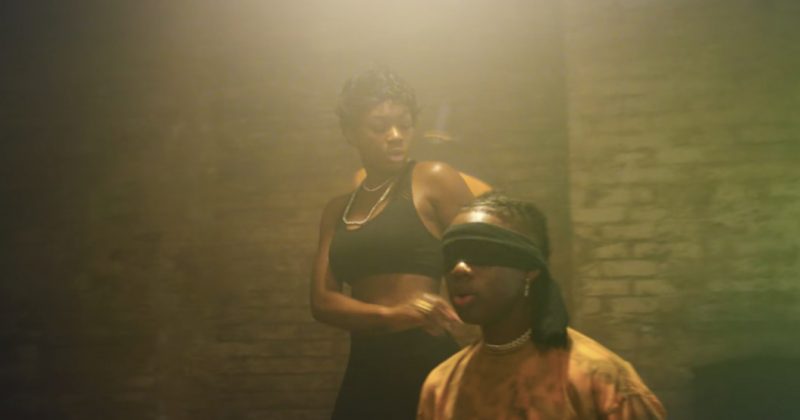 Last month, Rema released his third 4-track project ‘Bad Commando’. Since then he has teamed up with Thutmose on “Love in the Morning” for his first international collaboration, started the American leg of his ongoing tour and released the music video for his project’s titular track “Bad Commando”.

Now, another one of Rema’s singles from his latest EP is given a befitting video treatment. The video for “Lady” premiered on Youtube yesterday.

Directed and produced by Link Up Tv’s Tadas Vanagas, the video for “Lady” is shot in a dimly-lit room in East London. In the music video, a woman tosses her coat aside as she walks up a set of stairs. As the song begins she is unable to control her whining and dancing to the hypnotic beat. A blindfolded Rema performs his verse while being restrained to a chair, with the mysterious woman dancing suggestively around him.

We are left to wonder who ties Rema up in the room, but if there’s anything to go by from the blacked out windows and the chemistry between the dancer and Rema on screen, it is easy to see the clues that Rema is being trapped in by the mysterious dancer.

Watch the music video for “Lady” below.

ICYMI: Rema is ferocious in the music video for “Bad Commando”

0000
Previous Article The Shuffle: “Reincarnation” by The Lijadu Sisters sends a timely message