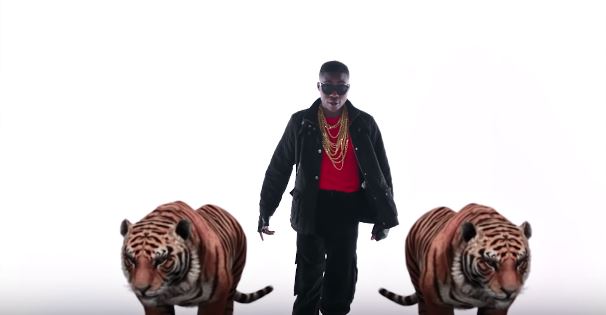 After a brief hiatus, Reekado Banks returned in September with “Rora”, a song that effectively put him back in radio rotation and on party playlists. The comeback song is currently slated as the lead single for his highly anticipated sophomore LP, ‘Daddy To Many’, and while there are no indications as to when the project will arrive, the singer has just released “Put In Pressure”, another single targeted at dancefloor audiences.

Over Kel P’s mix of whirring bass guitar riffs and explosive drum synths, Reekado sings about a lust-driven encounter with a love interest, loading his set with scarcely veiled innuendos that makes its dancefloor romance intentions known. “Put In Pressure” also comes with a Clarence Peters-directed music video, where CGI effects are used to match the tenor of Reekado’s lyrics. There are also colourful shots of Reekado Banks in a couple of eye-catching outfits, singing his lyrics while dancing in the company of beautiful models.

ICYMI: VANESSA MDEE AND REEKADO BANKS CELEBRATE THE GLEE OF BEING IN LOVE IN THEIR “BAMBINO” MUSIC VIDEO

Next Article Best New Music: Davido’s “Sweet in the Middle” is afro-fusion at its finest