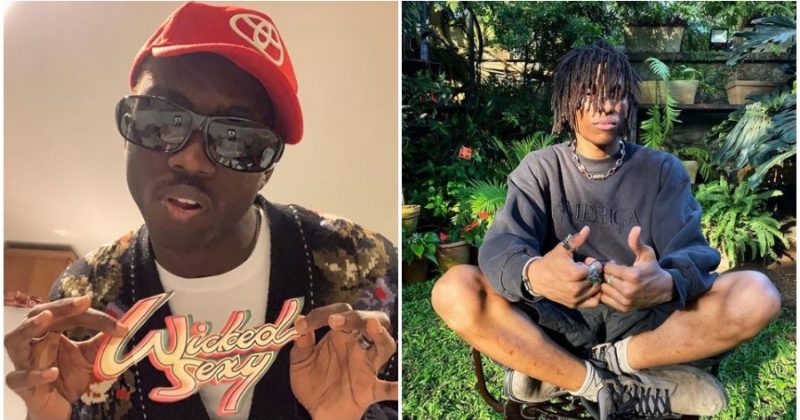 Expectations have the power to ruin experiencing music, and when a song comes with pre-existing hype, there’s pressure not just for it to be a good song—it also has to slap appropriately. Odunsi’s “wicked, sexy!” faced the same level of expectations after being premiered at Santi’s first-ever headlining show in Lagos last December, and without mincing words, it absolutely slaps.

Much like the other songs on Odunsi’s new EP, ‘Everything You Heard is True’, “wicked, sexy!” commands you put it on repeat, by simply being gloriously catchy and charismatic. The self-produced beat which demands some movement from the listener finds the middle ground between haunting and baroque, with droning strings and a snare pattern which come together nicely for a zero-gravity groove. Arguably one of the most inventive rappers around, Maison2500 skates in customary fashion, creating a vivid portrayal of his rockstar lifestyle where past flings aren’t guaranteed a text back even if they miss him.

The most surprising and awe-inspiring element of “wicked, sexy!”, however, is Odunsi’s phenomenal verse. Sporting a sassy and self-assured cadence, Odunsi approaches his raps with an impenetrable edge, and we’re not sure there will be too many lines as instantly striking as, “niggas worried ‘bout me, worried ‘bout the wrong things”, in all of rap music this year. Even when he veers towards hedonism, he manages to stay politically correct without sounding like a purity parody, which is basically the stuff of unicorns where rap songs are concerned.

Putting Odunsi’s verse in the context of what “wicked, sexy!” represented before its arrival, it feels even more sublime when you realise that he lives up to the song’s myth by flouting it with a pointed approach. Every line and melody-tinged trick is essential, culminating into the strongest lifestyle statement he’s made since “Alte Cruise”. His performance is a new apex which he’s been working his way up to since putting up an impressive showcase on Psycho YP’s “To the Max”.

Since the smash success of Mayorkun’s Grime-influenced “Geng”, there’s been a conversation about singers making rap (or rap adjacent) bangers and what it means in a space where artists who primarily identify as rappers struggle for hits. In its own way, “wicked, sexy!” as a good contender for club anthem of the year —’rona permitting—reinforces the non-exclusivity of rapping, because all that truly matters is excellence.

Sure, “wicked, sexy!” is what you’d describe as a jam-and-then-some, but no matter which way you put it, the song also features one of the best rap verses we’ve heard this year.

0000
Previous Article Meet Phlow, the confident rapper who is redefining her artistic perception