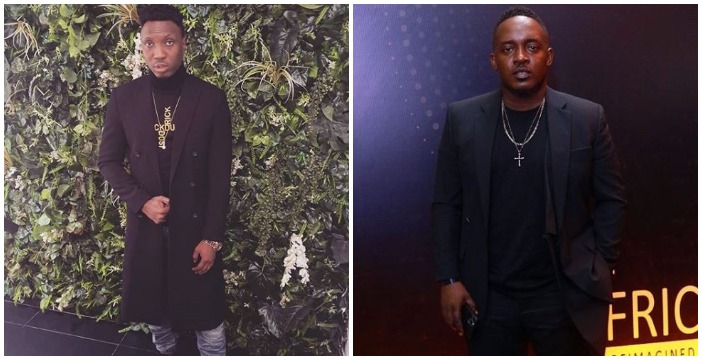 A-Q and M.I Abaga always deliver worthwhile events whenever they collaborate. In the last few years, they’ve deepened their bond from collaborators to apparent brothers, curating live events and cyphers together, whilst also dropping projects within weeks of each other. An effect of this stronger relationship is their electric chemistry on wax, as they push each other to deliver their best lyrical efforts when they’re on a track together, reflecting some truth to the saying about steel sharpening steel.

The time is near, Pls pre-save the album on apple music, Pre-Order on itunes, and Enjoy the First single off the Album on Apple music and audiomack. "You must Feel am" feat @oxladeofficial Link in Bio… the song is addictive, Don't stop streaming God's Engineering – 20-03-2020

“The Trinity”, a standout cut on M.I’s latest project, ‘Judah’, found both rappers delivering arrogant raps with the fervour of starving bloodhounds. They’ve now come together again very shortly after for “A Class Act”, an immediate standout off A-Q’s new album, ‘God’s Engineering’. While they retain the same self-confident energy that powered their preceding collab, the new cut trades in savagery for grandiosity, as both veterans reassert the dominance they’ve earned on their own terms.

M.I opens the song with his stunning verse, reminiscing on his rise to being the “GOAT” and gives the finger to haters and perceived competitors. “They try to evict the victorious until you show them you vicious”, he raps in a mischievous tone, perhaps taking shots at his most recent opps.

A-Q immediately follows suit on the hook-less song, spinning authoritative lines about his unorthodox path and the animosity he’s getting for being fiercely different. “I can start from zero and make it back/ten years from now, boy play this back”, he assuredly quips, taking conviction from being a trailblazer, certain that posterity will favour him when all it’s said and done.

Backed by an eerie string riff and reverb-stained bass, “A Class Act” is a commanding cut from two of the country’s most talented rappers, which definitely lives up to its name.

Listen to “A Class Act” here.