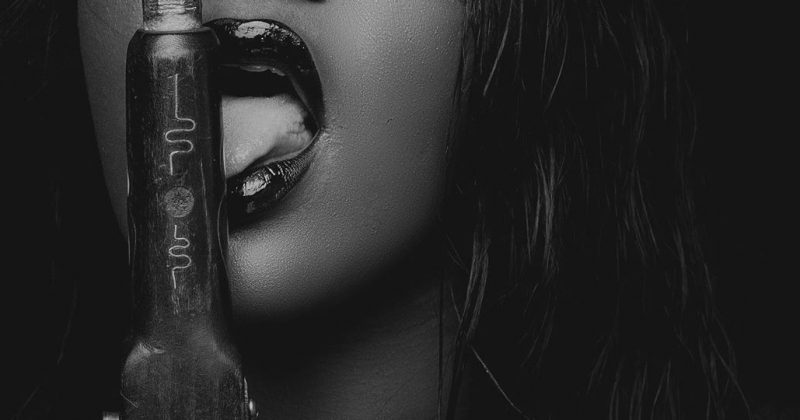 “I’ve always been an entertainer” proclaims the versatile 24-year-old creative, Yazzavelli. Over the years, Yaz has dabbled in her fair share of artistic enterprises: photography (see @min.u.matic), filmmaking and now music. Velli is Yazzavelli’s latest creative exploit, not to mention a doubtless affirmation of her opening statement.

Yazzavelli is an entertainer, and like all good entertainers; her life, and subsequently her bars, are stacked with endless bravado and debauchery. Yazzavelli’s got a fleet of fancy cars, from Jaguars to Benzs, a stomach full of Henny, and all the aspirational #Lifestyle boxes ticked. Velli is the bolshy, sexually liberated tone of feel-good music that leaves every listener all the more in love with themselves.

Confident in her wordplay, her musical deftness, and pretty much every aspect of herself, Velli’s boastful ten minutes introduces Yaz as the newest irresistible dom on your radar, and confirms her motive to leave every woman listening feeling the same. In Nigerian society especially, finding a man is popularly considered the pinnacle of a woman’s existence; in Velli‘s world, however, men are seen for what they are – just men.

Through her blunt, crude bars, Yaz discourages submission to those social customs that dictate women live their lives for the satisfaction of men. Rather, Velli is encouraging women appreciate the power in felinity, which is often associated with weakness, and to be carefree about one’s sexual appetite, which is often curbed.

This doesn’t mean her lyrics are friendly, however. Yazzavelli isn’t going to coddle you into loving yourself and putting yourself first – her tactics are all stick. Self-professed “tall thick bitch and I’m cut-throat” (so “Lizzo” opens), Yaz is well aware of her intimidating presence, and whilst, to some, this might translate into an insecurity, intimidation is Yaz’s power. On “Velli” she brags: “I gave her heebie jeebies now she pissed her self on sight, call it fright night”.

The arresting opening track, which was initially called “Joker”, kicks off with a sample from Joaquin Phoenix’s critically acclaimed character, his psychotic laugh setting the scene Yaz’s twisted gag. She tells us:

“I sampled The Joker’s laugh because it captures my dark humour well. His character is one of the most relatable I’ve seen on screen. I think we need more Jokers in the game.”

Regardless, Yaz has a caring side tucked away beneath the villainous persona she often adopts through her verses. After four brazen tracks comes “Count To Five”, a comforting song where Yaz assures her listeners that she’ll be there. Of course the reassuring chorus, “count to five if you’re feeling scared, and I’ll be there” is followed up by a much less amicable verse that reminds us that Yaz’s “heart real cold”.

Yazzavelli wouldn’t be caught dead going soft, divulging isn’t in her repertoire, so the moderate number is primarily handled by her old friend S.I.N, whose sensitive lyrics and soothing voice illustrate the beauty of vulnerability. Dopeman Twizzy, the beatsmith responsible for “Velli”, “Drop It Low” and “Lizzo”, is the second featured artist on the EP, appearing on the latter two tracks he produced.

“I wrote most of the songs on my EP in a week, but it took four months to actually create a finished product” Yaz tells us of her and Twizzy’s process. A self-professed music-head, Yaz’s music is not informed by particular genres – even though she’s clearly partial to hip-hop, citing Snoop Dog, Missy Elliot, Juicy J & others as primary influences – but rather, driven by her desire to make music which she and others can revive the 1-2-Step to.

Velli is meant to get your head bopping, your arms flailing and your mind going going. Listen here: