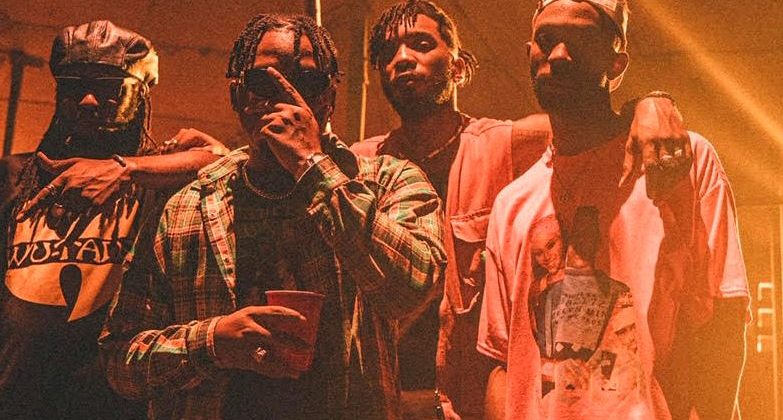 Nigerian music has shapeshifted over the last decade with traditional genre lines breaking into smaller factions that are weirder and more experimental. BOJ, Teezee and Fresh L were among the first hint at how the 2010s would unfold as their music seemed influenced in equal measure by artists like Jay Z and Tony Tetuila. While the mainstream dismissed it as a weird phase to be quickly forgotten, they remained consistent and championed this wave of the ‘alte’ movement, which is the current rave in mainstream Pan-African communities.

It’s now impractical to ignore DRB’s mainstream acclaim and they assert their popular recognition by enlisting YBNL heavyweight, Olamide, and his trusted producer, Pheelz, for “Shomo”, a lightweight bop to soundtrack the festive nightlife with the gang. While Fresh L and Teezee deliver the rap verses, BOJ and Olamide combined to perform the catchy hook over the mix of synths and traditional drum riffs Pheelz produced.

“Shomo” was released last December, in time for the festive season and today, we’re exclusively premiering the music video shot in Lagos by TSE. Everyone has to come harder with their flexes in 2020, because few can hope to top BOJ, Teezee, Fresh L and Olamide shutting down Lagos in the nearly-3-minute long video.

The video keeps up the boastful energy of the song as it shows the DRB crew and Olamide, living the glamorous nightlife filled with beautiful women, liquor, flashy cars, flashy jewellery and scenic views. The video is sure to build fans’ anticipation for the promised DRB project, expected to drop in the coming weeks.

Watch the music video for DRB and Olamide’s “Shomo” below:

Next Article Ladipoe rounds off Revival Sundays with “Tailor Made”