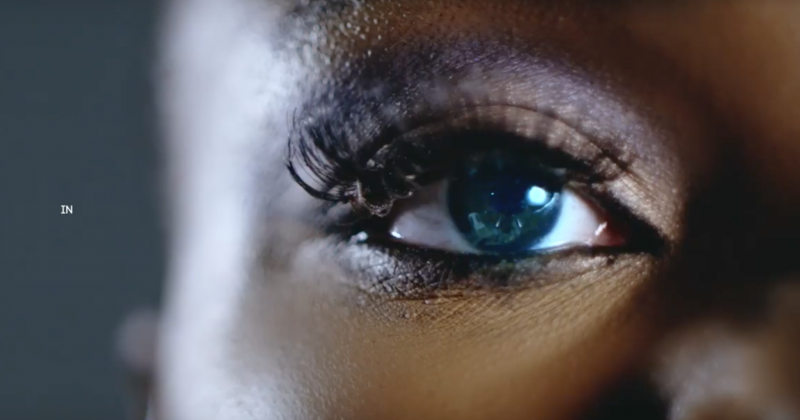 When Ebisan released the audio to her single, “Ice cold Water” in march, she gave us the chills with heart felt vocals and lyrics that create vivid imagery of the story she weaves into her song: the sensation of being dunked in ice cold water as a metaphor for the feeling she gets when she tries to return to an ex who once admitted undying love, but has now moved on. Now, the Aristokrat record signee graces us with visuals that just portrays better what we could have imagined.

And so my loves… the time has come to show you my crazy heart. Please do click on the link and enjoy my #NEWVIDEO for #IceColdWater. I'm so excited to share this with you! Muah! Love, Ebisan

Although the montage of images & video clips in “Ice Cold Water”‘s video, shot by Mex, may seem to lack discontinuity, the variety of images and quivering video shots are all related. After all in the situation Ebisan’s persona is in, in the song, she is all stupefied with different things running into her mind at the sight of seeing her ex-lover with another woman.

Mex is sharp-witted in the video’s delivery; two goldfishes swimming in the bowl turn into a single fish, a little girl is shown letting go of strings to balloons that float into the sky but return as tattered elastic. They are bright metaphors that subtly imply, the sinking and empty feeling of throwing away things we still need, a theme Ebisan’s “Ice Cold Water” is deeply trenched in.

Peep the video below.

ICYMI, Read Up: Ria Boss’ “Carefree” Is A Snapshot Of Self-Love From A Black Girl’s Eyes