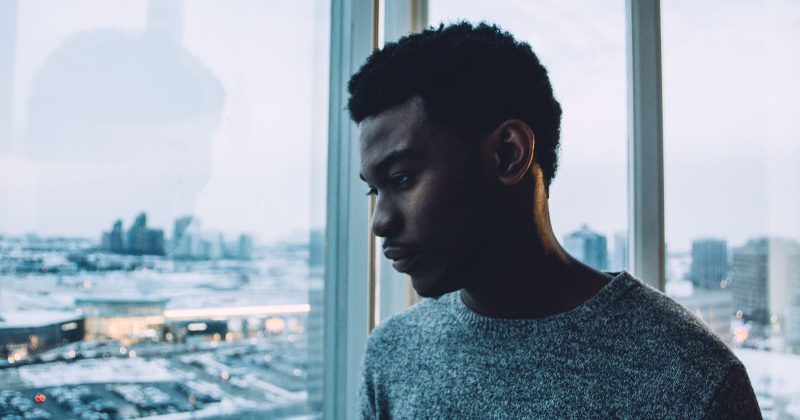 Interview: Nonso Amadi talks his influences, his muse and what brings him the most joy

Pop music in Africa has predominantly come from Nigeria for the better part of a decade, and this does not seem to be changing any time soon. From 2Face to Davido, P-Square to Yemi Alade, Nigeria has produced the biggest mainstream stars on the continent consistently. Despite the stronghold the country has had on the music of the masses, there has been a historically difficult transition from the halls of the underground to the green rooms of the mainstream. In an industry paralysed by payola and old heads, we have seen exciting underground artists pander to widespread appeal through watered down songs and evidently forced collaborations. However, something changed last year. 2016 was the year that the Nigerian underground stopped politely knocking on the door of the mainstream, but instead did it their own way, taking with them the most important people in music: the fans. Instead of playing up to traditional industry figures, artists like Nonso Amadi flipped the script and grew his fanbase organically, all the while not compromising on his music.

When we first spoke to Nonso Amadi at the end of 2016, everything seemed to be taking shape perfectly. His breakout track “Tonight” was growing past Soundcloud plays, he was in the studio with Mr. Eazi and Juls, and he was already making plans to release his second EP to capitalise on his growing buzz. In the short time since then however, his meteoric rise to the top of everyone’s “Next Up” lists has been nothing short of remarkable. “Tonight” has become a dancefloor staple, while the Beats1 x Ebro premiered “Radio” is taking on a life of its own.

In early December we spoke to Nonso over the phone shortly after he shot the video for “Tonight”. We spoke about his influences, who he sees himself working with in the future, and the muse behind his music. Check out the video below (directed by UAX) and our chat with him before the hype.

The Native: It’s been over a year since the release of your EP ‘Alone’ Tell us about the past year…

Nonso Amadi: It’s kind of been a phase where I’ve grown musically, because I don’t want to be in a hurry to put out anything. I’ve taken the time out to reflect on how far I’ve come, the pros and cons worked out what I can do better. It’s been a time to connect with other people who can actually help me and my sound in general. The wait hasn’t really been a waste for me per say, I’ve just been doing things actively to improve myself.

Did you have a specific mindset when approaching the EP?

I actually thought people would figure it out, but to break it down, it revolves around heartbreak. It’s about an experience I had with a girl while I was in the UK – I don’t wanna go into too much detail but it was revolving around heart ache and like…sort of depression? There’s a phase where you go through these things and I was just speaking out, expressing myself and emotions based on that experience.

Do you find it challenging, or daunting to be so open in your music?

Definitely. If I was just singing anything it wouldn’t matter that much, it wouldn’t matter at all where the music goes, but I’m actually sharing parts of my life, as you said. It’s kind of scary, especially reading the comments and reviews on what people think about you and your personality. It’s definitely a scary thing to go through. Somehow enjoy it, so I’ll keep doing it.

I know you’re set to release a new EP, but have had a couple of setbacks. Will your new EP be a continuation from your last?

Yeah, the point is to tell a story throughout my career and it’s hard to at times, especially when the person that broke your heart before, you’re really cool with right now. So you need them to break your heart again, so you can do the same thing [laughs]. But I have to definitely move on so I’ve picked out little phases of other things I have seen. It’s not necessarily my personal experience, but it’s definitely something related and I feel like other people can relate, too.

What would you say has been the biggest challenge you’ve had working on a full length project?

The biggest challenge? That’s a tough question. I’ve faced a lot of challenges but the one that sticks with me, is the fact that I don’t know how to make everything flow in a very smooth way. It was easier on the previous EP (Alone). The songs all have the same theme, but I don’t know how to make them connect yet. Until I can make ends meet and make everything connect properly, I’m going to just have to push it.

You’re also a producer and sound engineer. Which artists are you looking to work with and who have you worked with to date?

They aren’t really huge artists yet but I’ve worked with people like Odunsi already. I haven’t worked with a lot of people, because most of the artists want the regular commercial stuff and I’m trying to go in a different direction, so it’s hard to work with a lot of people. Hopefully, a lot of music will come out where I’ll be collaborating with people who I’ve found and are willing to do the type of music that’ll change things. 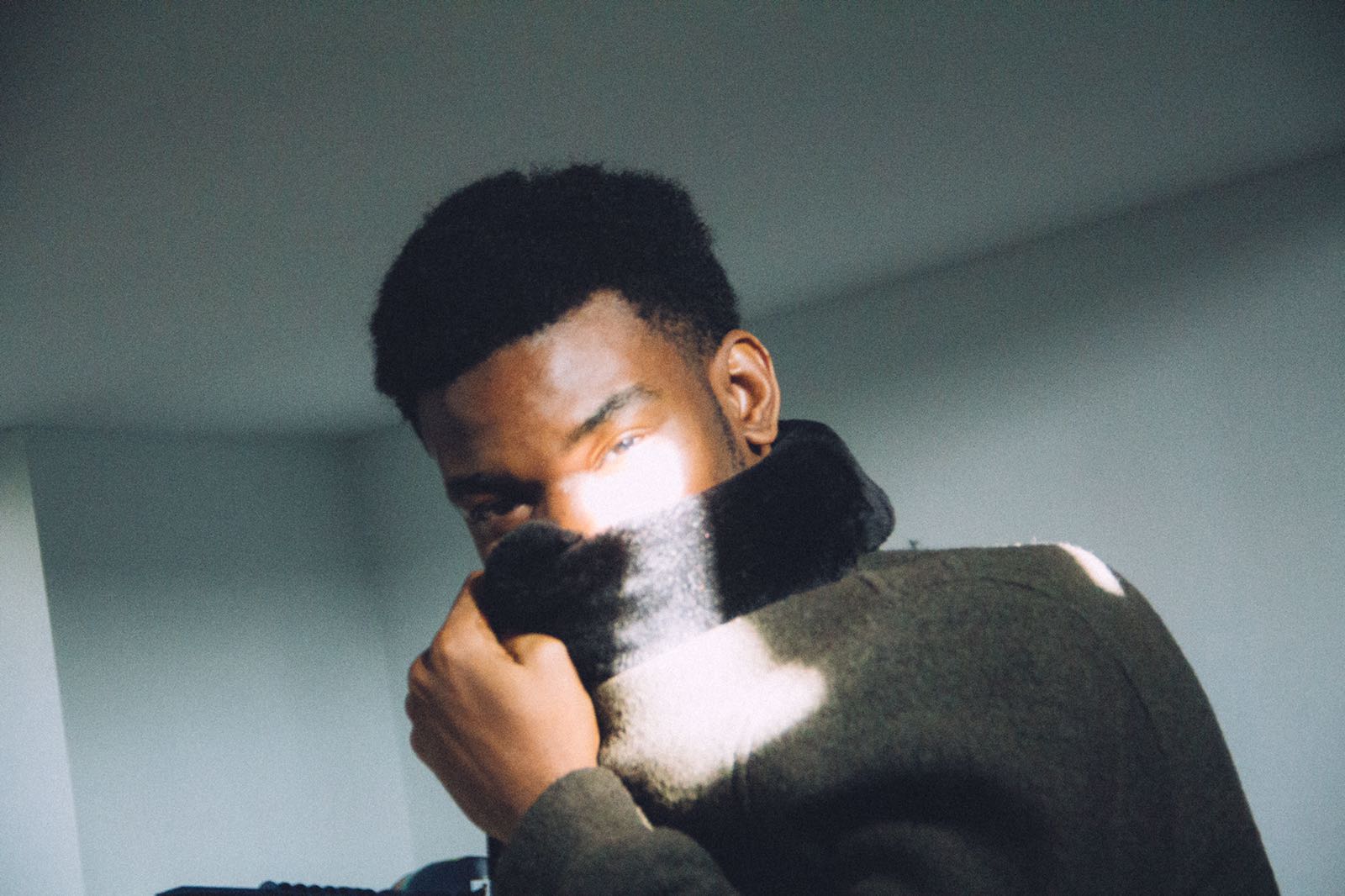 Focusing on your music, what genre would you classify your stuff as?

For now, I can’t say. Maybe because I’m also trying to discover what it is and what it’s under but there’s a lot of things I’ve played around with. Mostly when I’ve put out songs on Soundcloud, I literally just call it “abstract music”, because I don’t know what the genre is. My music; it’s a story, it’s slow sometimes, the lyrics are deep, the beat is not necessarily commercial. So I couldn’t tell you a specific genre as of yet.

Your music is generally considered different to what’s coming out of Nigeria right now, or with Nigerian artists overall. How have Nigerians responded to your music?

I wouldn’t say I necessarily have a lot of Nigerians in Nigeria listening to the songs right now, like I was saying before, it’s not particularly commercial, so my market based on surveys and streams I’ve seen is mainly the U.K., Canada and the US. Nigerians are like 5th or 6th on the list! I think that is something that I still need to work on, just trying to grab the attention of Nigerians in Nigeria, because they matter a lot. They have a huge say in where I perform and in helping me expand the sound to different places, I need to figure out how to still meddle with the sound a bit.

Do you think they’ll eventually be accepting of your sound?

I don’t know, I’ve met with a lot of music heads and I’ve asked the same question. And they say “yeah, just keep doing what you’re doing!” That’s what I expect for them to say and not necessarily the truth. So I don’t know really.

Which artists were particularly influential on you growing up?

I think for every Nigerian kid, Michael Jackson would be one of the people definitely. Chris Brown, Wizkid, definitely. There’s surely more, but those are the ones I know that had the most impact.

What are some of the things you hope for listeners to take away from your music when they listen to it?

I really just want people to relate to it, it’s just like talking to a friend about something you went through. And you want them to just nod their head and they agree with your pain and stuff. The reaction I’d expect would be approval of the things I’m saying. Online, when someone tweets me saying, “this part of the lyrics really got me,” that’s the kind of thing that really keeps me going. The fact people can connect to it is really all I want from them.

“Saving the New Age from the sins of its predecessors”