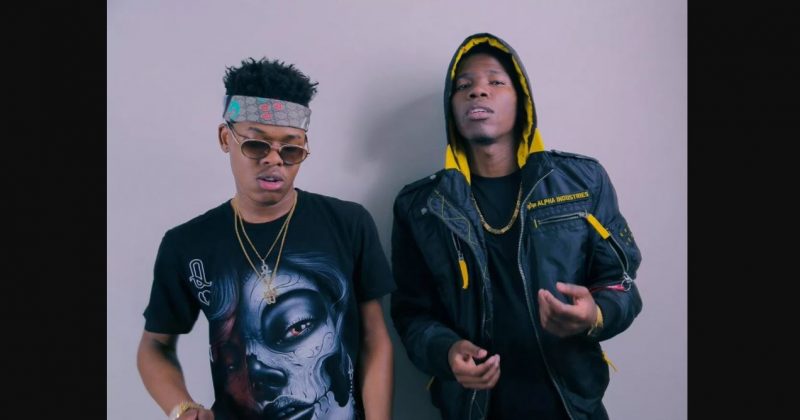 Nasty C and Tellaman team up for new single, “Dance”

Rap crews and studio wizards have long known that hit songs come when you capture the vibe of friends wildin’ out and crystallize their energy as sound. Fortunately for solo artists, there’s no rule stopping them from collaborating on tracks and even joint tapes. Given Nasty C and Tellaman’s shared apartment, it’s safe to say they share a bromance stronger than Jay Z and Kanye did on ‘Watch The Throne’. Their latest collaborative effort, “Dance”, continues their earnest affair.

The single word, “Dance”, title alone is a kind of litmus test, giving away the intensity of the song before the accordion and orchestral violin harmonies start. The oddly mellow Trap sound, and all its variations, is one of the best things you hear on “Dance” ; a cue to get ready because Nasty C and Tellaman immediately let loose on synths and drum kicks, for 4 full minutes of pure trap-soul bliss.

This isn’t a song with high minded ideas if you don’t agree that jewelry and swag could be considered a show of black excellence. Tellaman’s grass to grace tale is relateable enough but Nasty C’s verse, personifying his junk and referring to it as “Little Man”, distracts from his introspection. Tillman doesn’t care either, finding the essential feeling at the heart of “Dance” and amplifying it on the last verse. Singing “I Make Her Dance Like A Diamond/ Ain’t Worried About No Alcohol, I Got A Rider/ What Will They Do Without Us I Really Wonder”, the fumes clear to reveal the apparent stripclub location of the song.

You can stream “Dance” by Nasty C and Tellaman below.