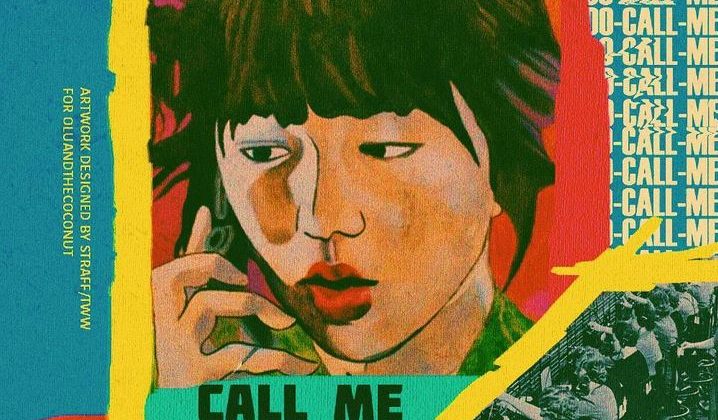 Electronic based genres are starting to gain mainstream acceptance among Nigeria’s music audience with the emergence of producers like Sarz. More producers are experimenting with the sound by fusing it with other conventional genres and though this isn’t new, more people embracing the synthesized harmonies could lead to the birth of a new genre in Nigeria just as America made Dubstep out of Reggae.

OluAndTheCoconut already showed his proficiency with experimental music with his iteration of Daft Punk’s signature cyborg vocode on “Crusin”. His latest single sees him venture into the Afropop scene with Skipper, Remy Baggins and Blackseid as featured artists on “Call Me”.

The love song is driven by ultra-minimalist xylophone riffs that are reminiscent of 90’s adventure video game soundtrack. He indulges in chopped-and-looped rave vocals that gives the beat a crowd pleasing touch, as a swirling acappella diva shrieks into an ambient abyss and looping the words “Yeah”, “Oya” and “Come On” over the groovy drum patterns.

Featured artists all deliver melodic renditions promising to always be there for their lovers on the dance-hall number. However, like most new artists, there’s very little individuality in their vocal work aside from the rap verse. OluAndTheCoconut’s debut release was too auto tuned to tell what his voice sounds like for sure but with the more releases he puts out, we hope he’ll step out from behind the digital wall of sound.

OluAndTheCoconut is joining the campaign to fuse Afropop with electronic sounds to birth a new genre in Nigeria and his “Call Me” supports that claim. The single might never break into the mainstream but it goes a long way in defining the DJ turn producer turn artist’s sound.

Listen to OluAndTheCoconut’s “Call Me” below.

Next Article How Olamide’s “Letter To Milli” defines millennial fathering