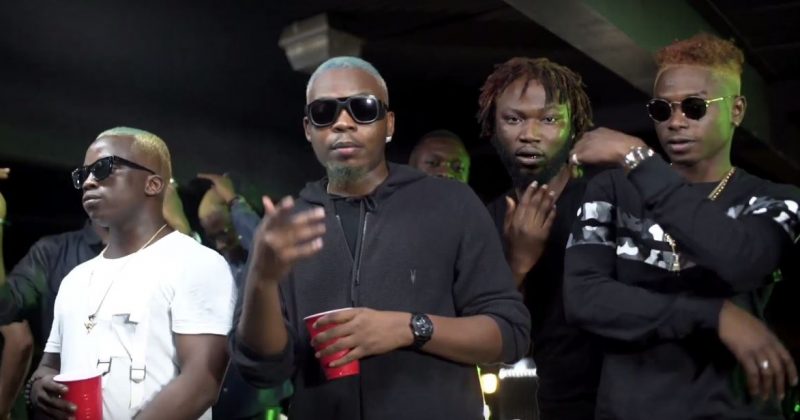 Olamide has come a long way since “Eni Duro” launched his career down the Hall of Fame path. Sticking to the Yoruba rap style, his subsequent releases followed dutifully down success avenue, enjoying acclaim off his street rapper aesthetic. His success has encouraged more ingenious artists to emerge, even signing some to his YBNL record label. But times are changing and street alone might not cut it any more. His new single, “Wavy Level” sees him juggle English and Yoruba as comfortably as Drake goes from Rapping to singing.

Produced by Adey, “Wavy Level” has a mid-tempo baseline that listens like a mixture of drum patterns from Wizkid’s “Don’t Dull” and steel-pan drums you hear on YCEE’s “Juice”. Olamide gives a brief intro ending with “So far so good” before the beat drops suggesting that “Wavy Level” is a testament of how far he has come. Lines like “Life used to play me like iPod” standout of the jumble of boastful lines on the single. The video is directed by Mr Moe Musa who shoots most part of the video in a garage while also showing birds eye view of Lagos at night. Olamide is seen with models and a couple friends in all black but he stands with his dyed hair and beard that he has recently decided to keep. Content with just a couple choreographed dance battle clips, the video doesn’t try to follow any sort of plot but then Olamide videos rarely ever have those.

This is Olamide’s second single this year after “Love No Go Die” dropped last month but the first release with an accompanying video. Olamide is stringing together new singles like he typically does every year and we wouldn’t bet against it being a piece of a new album the rapper is working on.

Next Article With the ‘Stark’ exhibition, Bemyoda creates an immersive multimedia experience