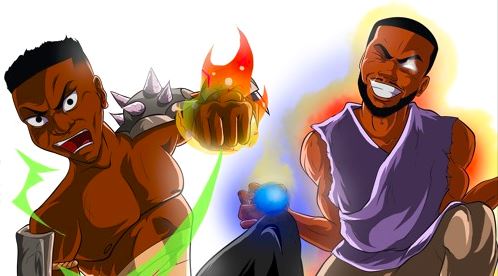 With the development of AI tech among other fascinating modern inventions, pop culture has seemed haunted with paranoia about technology. Futurism has become a horror genre in films, art, and music. AKtheKING wields this fear expertly on his new single, “Humanoid”. The rapper already earned the respect of his city when he released “White Noise” with the music video shot in the streets of Ibadan, but on his new single, he steps out of his comfort zone of hard-hitting street stories and opts for a flashier style, more easily paired with the accessible trap beats and ad-libs.

Though his energetic flow on “Humanoid” is frenetic like he’s in a rush, he stays on beat with the bounce of the rattling hi-hats and lush synths. His puns and hater-dismantling bars are made even more endearing by his penchant for reflecting on his own growth as an artist. However, featured artist, Lokii840 makes the perfect complement with his brags ensuring that the flex song doesn’t get too introspective.