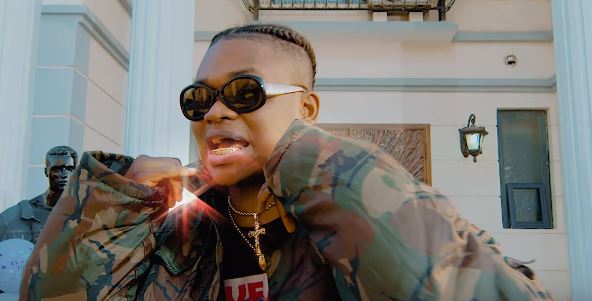 Earlier this year, Dice Ailes caught our attention with his steal scening hook on “Alakori” in collaboration with Falz. The fact that he did the heavy lifting on the song and could have carried the entire track on his own, seemed to foreshadow a solid year for the Chocolate City singer, and he’s clearly ready to begin, with his first solo single of the year, “Ginika”.

Produced by frequent Burna Boy producer, Kel P, it’s clear that he was aiming for a hit with anenergetic beat, which merges airy piano strings and boisterous house music drums. Embellishing the song’s feel-good candour, Dice sings a jovial set that will appeal to dancefloor audiences, with his lust-filled lyrics describing the attractive backside of his eponymous love interest. “Sister Ginika, I want to throw this dollar upon your waist”, he sings with a nasally melody, portraying the hold her voluptuous body has on him.

Listen to “Ginika” below.

ICYMI: WATCH CKAY IN THE GLOSSY MUSIC VIDEO FOR “WAY”