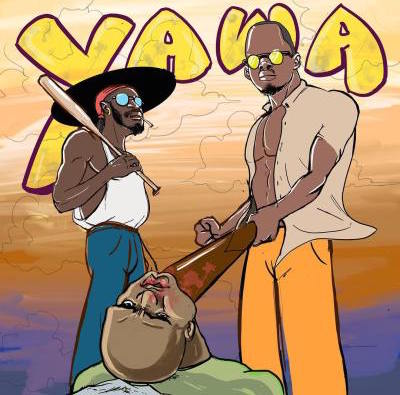 BOJ and Ajebutter22 have announced that they are working on a joint EP. Though the date or title have not been released, we are keeping our eyes peeled because going off their previous works together on hits like “Omo Pastor” and “Pretty Girl”, and their personal projects (both singers have released excellent bodies of work in the space of a year), these two know their way around a hit song. “Yawa”, the first official release from the project, offers hints as to what to expect when they eventually release the EP.

The combination of the mellow beat Sax produces and the singers’ suave vocals may lead you to think BOJ and Ajebutter22 are about to drop friendly lines on “Yawa”, but the opposite is the case as they come for their competition. Over synth-based beats, BOJ and Ajebutter22 display their readiness to fight anyone that fucks up. While BOJ sings the hook saying “Cash me outside, if you fuck up na yawa”, Ajebutter22 shares a similar energy, rapping, “I was doing good boy, I was being polite/ About to change over like they took the light”, both indicating that they’re done trying to please and ready to square up.

Listen to BOJ and Ajebutter22 and BOJ’s “Yawa” here:

0010
Previous Article Is DriveHER, the female-only ride sharing app the way to go?