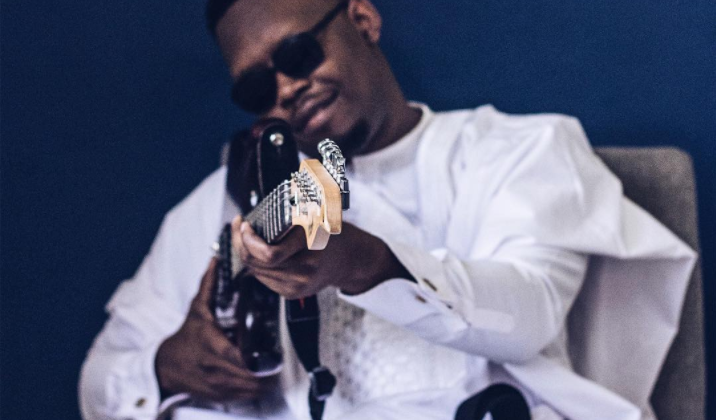 For the majority of his career, Ajebutter22 has pushed a relatively mainstream aesthetic, down to the formula of dropping a hit single at the tail end of every summer to ease into festive playlists and concert sets. Given that Ajebutter was never traditionally an active player in the old hip-hop establishment, his infusion of comedy and party-themes can be easily misconstrued as the lack of a “grand plan.”

But like most people, I also heard “Omo Pastor”, “Bad Gang” and early material for their subtexts of social commentary. His new album, What Happens In Lagos, shows that Ajebutter22’s presence in an industry that requires strategic manoeuvres around material release has not wavered his fervour for storytelling, thus why opening track “Good Place To Start”, immediately snaps his shtick into a wide-lensed perspective.

Produced by Platinum Toxx (Studio Magic), “Good Place to Start” opens with a poetic tribute to Lagos by Koromone Koye, segueing into a Yoruba-folk spiritual by Mystro. Ajebutter22 comes in reassured because as he narrates, he’s been waiting a long time to say the things on his mind. He’s rejecting ‘comfort food’, because ‘he’s the leader of the moment’, but he also understands the value of process and growth. Still, this is a good place to start, for Ajebutter22’s long-awaited sophomore album, after years of telling the truncated versions of these stories.

The most striking element of Ajebutter’s What Happens In Lagos is relatability that doesn’t sacrifice meaning for mediocre buzz words, which is interesting because Ajebutter has also largely benefitted from the viral hashtag potential of such compositions methods in the past. On “Dollar Ti Won”, his mellowed-out style is reverbed to paint a brutal portrait of the real Lagos; a glamorous land of opportunity where sex, dirty money and power rules, and hustling is a round-the-clock affair, because the bad economy only favours corrupt politicians and their sundry.

After exploring larger society themes on grind-anthems, “4AM” and “Dollar Ti Won”, Ajebutter internalises some of that reality on the album’s best track “Rich Friends”, a piano-led cut about being broke amidst visibly more affluent inner circle. “Rich Friends” touches one of Lagos’s most historically unique characteristics: the twisted co-existence of mass poverty amidst shocking levels of affluence by a select few. Being a millennial himself—like anyone whose friends are constantly jetting between continents for the weekend on social media—it’s not unlikely for Ajebutter to be tempted by the lifestyle of his excessive Rich Friends, but he also brings some self-awareness to the fore at the end of the track, singing, “I don’t want to enter one chance”.

A lot of the stories from What Happens In Lagos begin and climax on such note; with Ajebutter on the outside of it all. On “Bad Gang” he’s the pseudo-preacher calling out his peers, even “Wayward”, an Afrobeat-inspired track about being desired by women, is delivered with the cadence of a man who hasn’t quite come to terms with being famous enough to be considered a sex symbol.

“Lifestyle” featuring Maleek Berry paints the archetype of how relationships with younger women are often pretexted on materialism. And at this point, it becomes obvious Ajebutter has been telling one long story in parts, with the spoken word serving as a primary story-to-story link. The uplifting “Happy Ending” gives some context to the inherent chaos of the Lagosian life, and “Biggie Man” fastens the project’s core narrative: hope. These closing moments reflects Ajebutter in the light of What Happens In Lagos and vice-versa.

Because rappers are often obsessed with being hometown heroes (eg: M.I and Jos, Drake and Toronto, Kendrick Lamar and Compton etc), What Happens In Lagos could be presumed a product of another rapper’s egocentric attempt to stamp his name as a firebrand of his city. As a body of work, however, the album successfully achieves what many Lagos-tribute projects have failed to do: depict Lagos in its all of its glory and gore without muddling details or circling perspective around weightless subject matters.

When his controversial track “Regards To Your Mumsi” (which seems to have been left on the cutting floor) dropped earlier this year, some listeners questioned some of the subject matter. The overarching theme of the song being pervy “Nigerian Uncles” and their inappropriate behaviour bordering on sexual assault. In the light of all that has been revealed on this topic within the last couple of months – from Harvey Weinstein to Ed Westwick – it perhaps makes sense why it was omitted from the final track-listing, but it would have fit in perfectly.

Whilst some listeners saw the mere existence of the song as Ajebutter and his collaborators (Fresh L and Falz) glorifying this sexual predatory, in the realm of What Happens In Lagos, it is clear that Ajebutter does not want to be the judge and the jury of the happenings in Lagos. He is not interested in the moral implications of scamming or stripping; tricking or rapping; drinking or smoking. He lets the listeners decide for themselves.

What Happens In Lagos is a city-sized mirror disguised as an album: you might hear the ex that glowed up on you on the Falz-assisted “Bad Gang” (or on the sprawling Odunsi-assisted “Yoruba Boys Trilogy”); you might hear the father you barely see on “Dollar Ti Won”; you might want to hear yourself on “Lagos Big Boy”, despite knowing deep down you see more of yourself in “Rich Friends”. This is not just an Ajebutter22 story or a Lagos story, this a universal tale of dreams, for dreamers, by a dreamer.

What Happens In Lagos is the most honest portrait we have of millennial Lagos to date: now just make sure you keep it in your attic.