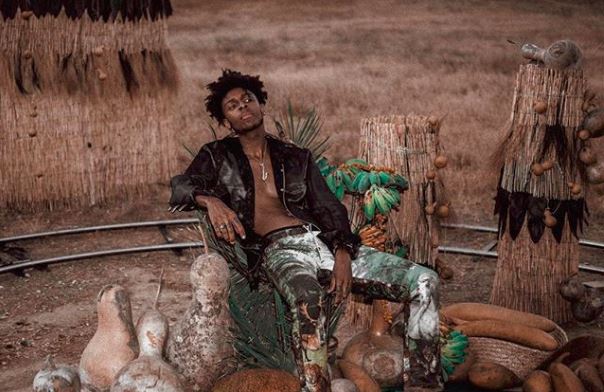 Multi-instrumentalist and trap house jazz singer, Masego became a hit when he debuted his ‘Lady Lady’ album last year. His ability to blend the romantic tenderness of Stevie Wonder with the shit-talking raps from Anderson. Paak over jazz-fueled beats makes him a breath of fresh air, crafting a sound that draws from jazz music’s past and present.

The album’s world tour brought the singer to Africa, where he performed in South Africa and was able to broaden his appreciation for the African culture that inspired his Masego stage name which means ‘Lucky’ in Tswana, a South African language. He just released a 3-track EP, ‘Lady Lady (ADM Remixes)’, featuring ADM (Africa Dance Music), a dance music collective which was created by Nigerian DJ and producer, TMXO.

While the original album and the “Lady Lady” title-track already portrayed Masego’s playful and reflective obsession with women, TMXO introduces a funk sound for “African Lady”, playing into the singer’s retro-futuristic sound while being reminiscent of Jazz and funk African legend, Lagbaja. The next track, “Old Age” is produced by DOZ who adds bouncy tropical drums as if to highlight Masego’s Jamaican roots. Higo, however, closes the project by infusing electronic synths for his production on the ADM remix of “Lady Lady”.

You can stream Masego’s ‘Lady Lady (ADM Remixes)’ below.