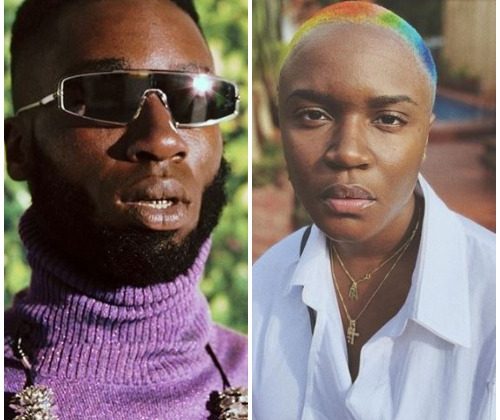 Last Friday, British-Ghanaian rapper/visual artist Kojey Radical released his major label debut, ‘Cashmere Tears’, after months of build-up. Clocking in at half an hour, the project is a brisk and potent portrait of the rapper’s self-reclamation, using low moments as substantial references for his growth. In addition to his splendid, lived-in lyricism, the album is ushered along by plump G-Funk rhythms and jazz-indented flourishes.

‘Cashmere Tears’ mainly features vocals by Kojey, with Ghanaian singer Amaarae picking up the project’s lone credited guest vocals, adding her fairydust magic to standout track, “Sugar”. “I just want to take a ride on you, I just wanna slide on you”, she delicately sings over the swooning strings, wobbling bass guitar riff and explosive bass synths, setting the song’s sensual premise. While Kojey starts both of his verses seemingly intoxicated by a sexual encounter with his muse, reeling off a litany of descriptive raps, he pivots into contemplating just how temporary the act is as a coping mechanism. In this way, “Sugar” fits in as a confrontational part of the album’s overarching theme of growth, using sex as a metaphor for transience.

ICYMI: JULS CELEBRATES THE RICH SOUND OF AFRICA ON HIS 11-TRACK ALBUM, ‘COLOUR’

0000
Previous Article Black Coffee and Usher give us the soundtrack to dancefloor romance with new single, “LaLaLa”