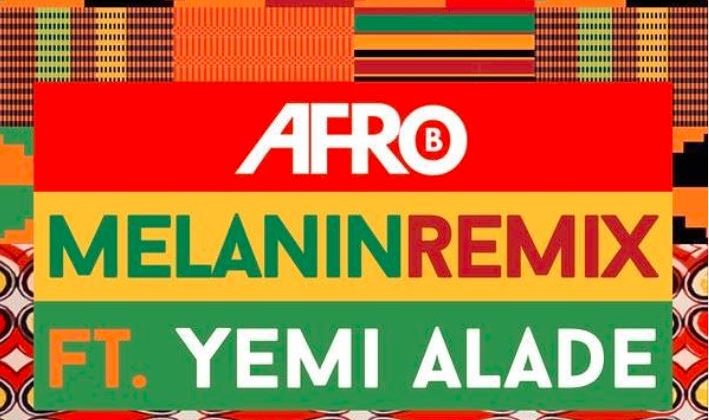 Hear Afro B collaborate with Yemi Alade for “Melanin Remix”

An obvious indicator of Afropop’s success in the UK is the amount of UK based acts that have made the genre their bread and butter. Afro B became a household name across the continents off the impact of his “Joanna” hit single. The British-Ivorian singer soon followed with “Melanin”, releasing a thematically apt music video that helped highlight the song’s intention to celebrate African women.

Though the effort was appreciated, Afro B has taken it a step further by sharing the remix version of “Melanin” with a guest verse from Yemi Alade, an African woman often referred to as ‘Mama Africa’. Her soothing layering of harmonies in French chants sprinkles some convincingly mystical ambiance over the song—especially placed next to Afro B’s pidgin English. Thanks to her contribution, “Melanin” truly becomes the romantic song it was intended to be. Her sweet and laid back vocals match Team Salute’s sparse and airy production and gives the song a duet attribute karaoke enthusiasts will appreciate.

You can listen to Afro B and Yemi Alade’s “Melanin” below.