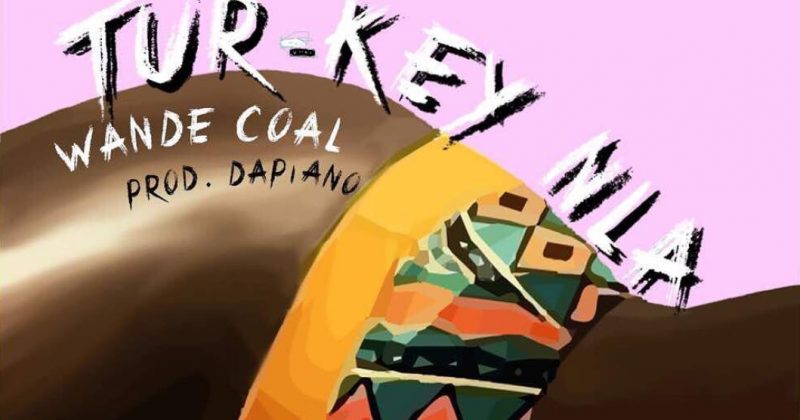 Since his introduction to mainstream audience, Wande Coal’s releases seem to arrive without warning while resisting any narrative pegs. His last huge song, the summer driven “Iskaba” of late 2016, was rinsed and put on repeat all through this year despite Afropop’s year-long summer themed music releases. “Tur-Key Nla” has only been out a few days, but it already has the markings to make it 2017’s biggest christmas song with enough air to carry it well into next summer.

Dapiano produces the instrumentals for “Tur-Key Nla” with cascading synths and mesmerizing drum beats. Wande Coal reached deep into his array of vocal ranges and dishes out the beloved falsetto from his memorable outro on “Bumper To Bumper”. Interpolating “Iskaba” as adlib for the hook, Wande Coal is not above riding his own wave. But the familiar melody takes a new shape around the street savvy vocals; “Okayyy, Dengepose, Popone”.

Though the “Tur-Key Nla” title gives off Christmas vibes, Wande Coal makes sure to avoid such frivolities with lyrics fitting for any sort of turn up; It’s your classic pseudo-romantic song that’s raunchy in the way only Afropop stars can pull off without being insulting.

Listen to “Tur-Key Nla” below.

ICYMI: Wande Coal fliped the script on Niniola’s “Maradona” and it’s even steamier

Next Article Listen to Paybac’s “Demons” : A tribute to addictions