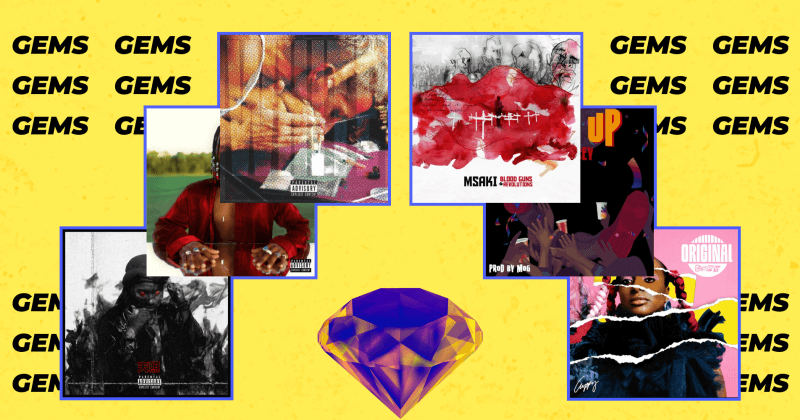 When you’re going through your darkest times, talking to people, whether is therapists or friends or even family, can seem impossibly vulnerable and emphatically unappealing. In our TIME Issue cover story, Mowalola discussed how one of her most prized collections was created during a time of deep distress; gearing up for his next album, Santi has been vocal about how the pain he has been through this year has fuelled his creative process. Sometimes, art is the only way in which one can express our vulnerable feelings and work through the emotions that are bringing us down. This is what Remy Baggins takes on on “808 Therapy”.

After a melancholy melodic two sentences that emerge as the song’s chorus (“they ask me why I never tell nobody what’s been going on inside my head/so imma put it in a song and turn my 808s to therapy instead”), Remy Baggins almost interrupts himself, as he begins to dive into this “808 Therapy” session. The top of the first verse “bro let me show you my woes”, is followed by unguarded bars throughout the song that express the myriad of emotions Rembo has been subjected to during his career. He is jaded by the snakes he’s discovered in his camp; resentful of the fact that he is perpetually underrated; slighted that his hero would say he doesn’t think he’ll blow; inspired by himself, resilience and obvious skill to keep working. The jumpy hip-hop beat over these vulnerable verses is juxtaposed with softer, less percussive instrumentation on the chorus, giving Remy Baggins and listeners in calming introspective respite before he breaks into bitterly narrating those “woes“.

This year has been one hell of a rollercoaster. We already felt pretty sick from the tragic news of multiple of our legends passing, as well as civilians losing their lives in accidents like the gas plant explosion in Lagos, however, the pandemic really pushed this year into a horror show of epic proportions. The anxiety from dealing with the COVID-induced lockdown was what inspired Tulenkey’s debut single for 2020, “Corona”, which he has now followed up with, “Link Up” which updates us on how his mental state has improved since we last heard from him.

“Link Up” is a turn-up song for the clubs. The catchy beat, produced by MOG Beatz, is designed to serve dance floors, with Tulenkey setting us off in a good mood as he chants “Lala/Lala” cheerfully on the song’s intro. Tulenkey sings and raps, mixing English and his local language as he describes how he can have a good time in spite of all the chaos around. Singing “Forget the stress and party/ Stress no fit kill man/ Smoke all the stress away”, “Link Up” recommends partying as a cure to anxiety and stress. Though the pandemic has greatly affected our ability to link up and party, Tulenkey is itching to return to the club as the world slowly resumes its forward motion.

For DJ Cuppy, scrutiny from the media about her life coming from a notable family, has made her vulnerable to criticism whenever she released music. Regardless, through her career path as a DJ, a curator and now an artist, she has kept at it, releasing club-bangers and ignoring the negative reviews (in her music at least). Just the other day, she released her debut album, ‘Original Copy’ and on the title-track, “Original Copy (Interlude)” she finally addresses the haters.

Being criticised is typically regarded as an occupational hazard for artists, and in hip-hop’s self-assured terrains, it’s used as fuel. DJ Cuppy channelled her haters for her trap experimentation on “Original Copy (Interlude)” as she flips the harsh words from social media comedian, Oyemykke into an intro for the cocky number which we learnt was an actual freestyle. Though the song is only a minute long, she delivers impressive brags and an even more impressive attitude as she switches flows over the airy Trap-infused beat produced by Bond. We recently wrote about how women are leading a hip-hop revolution in Nigeria and with this song, DJ Cuppy adds her contribution to the confident charge where women can blow their horns and be assertive.

Although revolutions are looked at as some sort of idyllic fix for terrible conditions, the truth is they often come with harrowing consequences for those who have lived through them. “Blood Guns and Revolutions”, the breath-taking new single by South African singer, Msaki, is a treatise on the loss and trauma that follows when people have to fight tyrannical powers for rights to a better society. With poetic writing and a vocal performance that personifies heartbreak, Msaki strips away the glamour from revolutions, centring the people who have to suffer in these situations and pointing her fingers to those who benefit from the chaos.

“Four thousand rounds of bullets, ready to break black bodies again”, she mournfully sings in the very first bar, a loaded line that connects the past and present struggles of Africans and Black people everywhere. In the past few months alone, we’ve witnessed several protests across the world with different triggers behind them, but the one thing they have in common is that they all involve the brutalisation of people desperate for a change—a change for the better. It’s a recurring cycle that Africans and Black people are familiar with, and it fuels the odd but fitting mix of disappointment and cynicism Msaki channels on “Blood, Guns & Revolutions”.

“You died with nothing still, although museums are filled with stories of your ill-rewarded heroic deeds”, she observes on the second verse, invoking the memory of fallen heroes and wondering why many more have to die for sweeping change to be effected. Accompanied by folksy guitars, elegiac strings and languid drum rolls, Msaki chamber filling voice offers the song’s small glimmer of hope, bringing some radiance to a relentlessly dark topic.

All year, we’ve been gearing up to the release of Adekunle Gold’s album, ‘Afropop Vol 1’, and upon it’s arrival last Friday, it confirmed everything we already assumed about the project. Packed with experimental songs which show off Adekunle Gold’s sonic and personal growth, one of the songs that stood out the most was the entanglement anthem we all currently need, “Exclusive”.

Enlisting our Fresh Meat alum, Olayinka Ehi, the pair provide a mellow duet about a complicated relationship. We’re all aware of how complicated dating in this age is – having to go through so many stages before you get to the ‘real thing’. “Exclusive” perfectly captures the confusion and uncertainty that comes when you haven’t defined a relationship, highlighting the anxieties of each party. On the chorus, the pair duet: ‘Are we exclusive? Is it game over, let me know and if you’re holding back, then let go of my heart’, initiating a tough conversation people would rather avoid against the mellow Pheelz-produced beat.

While Adekunle Gold holds his own with his vocals and clear pen, Olayinka Ehi undoubtedly steals the show, with her honest and relatable lyrics and perfectly pitched vocals.

A-Reece is only 23years old, but he’s done and been through enough to be considered a veteran rap artist. On his latest single, “Residual $elf Image”, the South African rapper takes the posture of someone whose experiences have helped shaped him into a more secure person, balancing his exuberant tendencies with a riveting wistfulness. Containing a fair share of machismo, the song initially starts off with standard fare braggadocio, but as it moves along, it hinges more on self-awareness, something Reece has always tapped into, and his efficacy here shows how seasoned he’s become at speaking the truth of his mind.

“Acknowledgement without the accolades, still I celebrate/’cos any day could be the last time I hear this record play”, Reece raps at the beginning of the second verse, emoting from a place of honesty and thankfulness. As he continues into the third verse, he gets more assertive of his mission for longevity, keeping his pristine, nimble flow over broody piano chords. In the backend of the song, Ayanda Jida’s soulful bridge and an interpolated interlude from “The Matrix” leads into a beat switch, where Reece taunts his foes out over a looped soul sample.

It’s in this latter part gets into his lyricist bag with impressive lines like, “You boys are only known for shaving points like Paul on The Longest Yard”. “Residual $elf Image” is Reece reminding himself and listeners who he is exactly, also setting the stage for the next arc of his impressive career so far.

Next Article Remy Baggins’ new project ‘Amaterasu!’ is full of the best bars