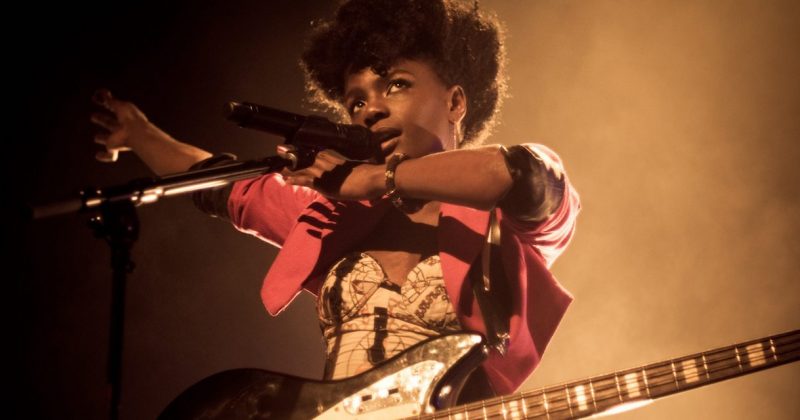 For The Girls: Shingai Shoniwa’s Solo Career Is One To Look Out For

To commemorate Women’s History Month this year, we will be spotlighting a new female artist every day of the month. Some of these women you may know, others you may have heard of and some will be entirely new discoveries. The aim is to spotlight the remarkable young women from around Africa, who are finding their feet through music and giving women a voice of their own.

In the late 2000s, after the success of “Don’t Upset the Rhythm (Go Baby Go)”, singer and bassist, Shingai Shoniwa, accompanied by Dan Smith on the guitar, ruled the British Pop charts as the frontwoman the indie rock band, Noisettes. Following the aforementioned hit single, came another inescapable banger in the UK airwaves, “Never Forget You”, and even a soundtrack placement in the cult phenomenon Twilight Saga (“Sister Rosetta” in Breaking Dawn Part 1 (2011)). Unfortunately, the Noisette’s reign didn’t last much longer after that, their third and final album, Contact (2012) peaking at 30 on the UK Charts.

Last year, after nearly a decade off the map, Noisettes’ frontwoman, Shingai Shoniwa stepped into the fold once again, launching her solo career with a vibrant four-tracker, Ancient Futures. Created transnationally – from South Africa, to Italy to the UK, and Zimbabwe of course – Ancient Futures, with its befitting title, borrows from traditional African styles, intertwining 70s and 80s South African rhythms with contemporary pop synths.

Raised in London, Shingai has always been in tune with her Zimbabwean culture, in particular with the music of her homeland. She tells The List:

“Music is a huge part of black identity in the UK and culturally it has given birth to countless subcultures such as reggae, sound systems, soul, jazz, rock’n’roll, garage and punk. I was really lucky to grow up in a household which celebrated all of this music and more. Music has played a massive part in uplifting the community I grew up in and bringing together people from all walks of life.”

As well as bringing people together through her unique fusion of sounds, Ancient Futures is also an empowering body of work for Shingai’s diaspora kin, who are encouraged to embrace one another other as home on the opening numbers “Coming Home” and “Zimtron”. Preaching non-conformity on the closing track, “Champion Styles”, Shingai also discusses being enlightened and realising one’s political power as an individual, suggesting we exert this power against the system through “Revolution”.

Ancient Futures, like all Shingai’s music, is designed to get people on their feet, but amidst the chirpy beats and uplifting lyrics is an awareness of the socio-political environment that surrounds her.

“There’s still a dark side which I think we can address and do a lot better in, in terms of inclusion. As a female, person of colour, I’ve not experienced much change in that. I still feel that I have to work really really hard just to maintain a job, just to get the support from publishers and certain parts of the industry.”

“It still feels like there are quotas, only a certain [number] of girls let in. I think the pie-chart still needs to change because, at the end of the day, people still want amazing music.”

This coming from a veteran in the pop music industry is clear proof that we need to do more to support women – especially African women, who tirelessly put in work, despite the rewards being less than that of their male counterparts, for no reason other than the fact that they are women. Shingai demands better from the executives in music business, but, as consumers, we must not forget our own complicity in upholding patriarchal systems that deliberately leave women out of the picture. We must all do better. We should all be the change Shingai expects to see.

ICYMI: For the Girls: Shaybo is the self-proclaimed ‘Queen of the South’ with hard hitting bars

Next Article The Shuffle: Fela’s “Water No Get Enemy” should be everyone’s mantra for 2020