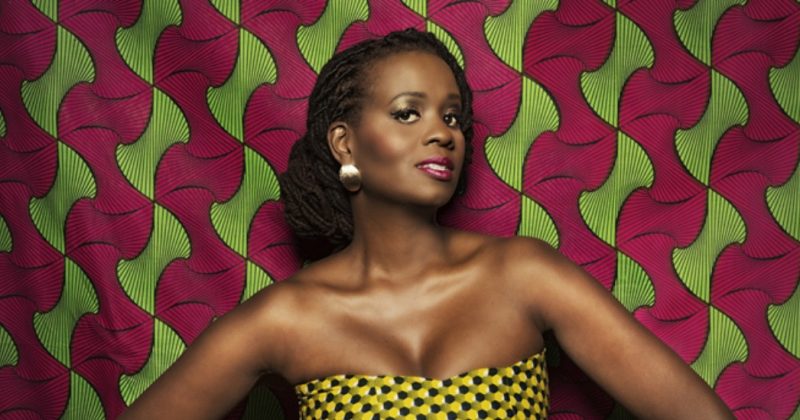 For the Girls: We can’t get enough of the soothing sounds of East African jazz artist, SomiMusic

Born in Illinois, SomiMusic is the American singer, songwriter and actor of Rwandan and Ugandan descent. Actively releasing music since 2007, Somi’s music boasts of vibrant, eclectic sounds formed around “New African Jazz” a termed coined by the artist herself describing her own unique hybrid jazz sound.

An ardent student of the game, Somi has been personally mentored by legendary trumpet player, Hugh Maskela who went on to feature on her label debut album ‘If the Rains Come First’ back in 2009. Despite having a string of earlier releases, some of Somi’s best work comes in 2014 after the vocalist and songwriter decided to make the move from New York City to Lagos, Nigeria in search of new inspiration.

‘Lagos Music Salon’ became Somi’s debut album under major label, Sony Music/Okeh and landed the star the #1 spot on the US jazz charts. Her music is honest, comprising of a collection of self-penned personal stories highlighting her excursion to West Africa. On “Lady Revisited”, she’s joined by four time Grammy-winner Angelique Kidjo, and sings of the power of the African woman while sampling Fela Kuti’s classic track “Lady”. Elsewhere on “Ginger Me Slowly” she switches for a more mellow tempo, singing directly to a love interest as she lists off the things that can win her over in romantic relationships.

Somi’s power lies in her voice, the window-quaking rich vocals that draw you in with each note. Her fifth studio album ‘Petit Afrique’ came in 2017, and comprised of 14 tracks that saw her celebrating the immigrant experience of Africans living in New York City. On “Alien” she sings of being an African in New York, a ‘legal alien’ who is searching for a sense of self and belonging in a big city that seems to swallow all who enter. This theme runs through the whole album on other singles such as “Go Back To Your Country (Interlude)” and “Black Enough“.

SomiMusic has a new album coming out this summer, ahead of this, you get into her music by listening to her latest album ‘Petit Afrique’ below.

For the Girls: Get to know the Ghanaian neo-soul goddess, Ria Boss

0000
Previous Article Essentials: Barry Jhay’s ‘Barry Back’ is a true representation of his coming of age story