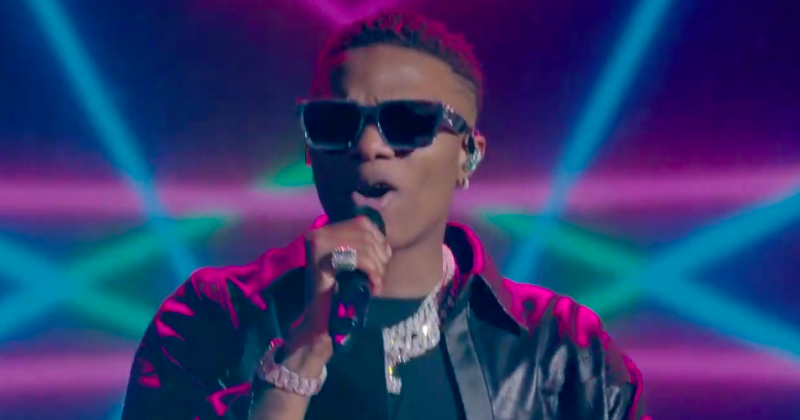 No social media platform does the ‘social’ quite like Twitter. Rightfully touted as one big group chat, the Twitter space feels hyperconnected, and in real-time too. Though we largely do exist within echo chambers, and certain demographic groups are hardly exposed to the other, when big events pop off, it can feel like the Nigerian community or the black community are all united on Jack’s elite cyberspace – sharing jokes or engaging in debates amongst friends or with total strangers, even. Yesterday, when CNN released their investigation of the #LekkiMassacre we came together to comfort one another as the documentary re-opened a wound most of us have hardly healed from. Tonight, with YouTube’s airing ‘A Day in the Live of Wizkid‘, we were united as Nigerians once more, this time, in an uplifting celebration of our brightest star, Wizkid Ayo Balogun.

Almost a month ago now, Wizkid finally released his fourth studio album, ‘Made In Lagos‘ – a formidable fourteen track ride through the matured sounds of the destined ‘Superstar‘. Teasing the project for almost three years now, ‘Made In Lagos‘ was received by most – including the show’s host, Julie Adenuga – as “well worth the wait”, and Wizkid has been capitalising off this high, ushering out a steady stream of content to fans in the days since. Including more merch with Puma and more insta stories suggesting another new album, powered by YouTube, ‘A Day In The Live’of Wizkid‘ has, so far been the highlight of Wizkid’s post album promotion, as we are secured an exclusive, never-before-granted, all-access pass into Wizkid’s life. Live streaming Wizkid’s evening leading up to his virtual concert, the YouTube Originals showing also gave us BTS glimpses into Wizkid’s days from even before the album’s release; studio sessions, the album cover shoot, the making of the music video for “Ginger” (which we’re praying will be out soon) and more.

Having never had this much access to Wizkid, obviously, we were all tuned in eagerly digesting every new revelation about the rather private musician. From finding out that his father is responsible for his big drip mindset to watching him jam Tekno and Future, whilst watching ‘A Day In The Live of Wizkid‘ I learned so much about my GOAT, and from the Twitter reactions, it seems that many other Wizkid FC members were lapping up this Starboy education too. So, I hit a few keen watchers up to find out what their biggest take home from the live documentary and performance was for them. Some were inspired mostly by the music, others in awe of Wizkid’s unparalleled talent; I found myself boasting that Wizkid and I have the same top two on ‘Made In Lagos‘, “True Love” and “Blessed”.

1) Anything he lays his hands on always comes out positive. I never expected him to pull much crowd and be the talk of the night on Twitter tonight, tbh, but he did. Watching the session, I realised Wizkid is doing what he knows how to do best – he’s not forcing things. IT’S HIS LIFESTYLE.

2) He never jokes with his Fans. The way he sounds in his music is the same way he sounds on live performance. That shows how real and pure his songs are.

He is sooo carefree and relaxed, which explains the centuries between albums. But also I was moved by just how super talented he is, I was so washed by how quickly he turned that freestyle in the first 30 minutes into a full-blown chorus. Also quite impressed by the testimonies on how personable he is. As fans, it’s hard to read his character because he doesn’t give us a lot to work with. We also got to see his dedication to his craft, evidenced in the absolutely perfect production of the whole thing. The guy is everything man, truly in competition with himself and himself only, and very deserving of his name STARBOYYYYY !!!

@ToniVerse: Music is bigger than sound

Music as art goes beyond the sound, it’s the people, the colours, the pictures. When done correctly, even people 10,000 miles away will feel like they are right there, looking up at the artist. ‘A Day in the Live‘ reminded me of the things that serve ingredients to greatness… and that was what we got. There are too many people involved, at different levels, that bring such performances to life, but when they are all aligned to one goal, it slaps. MIL slaps – and that performance slapped HARD!!!

@TobiWilliams: Wizkid is himself on ‘Made In Lagos’

‘Made in Lagos‘ seems like the album he puts all his influences together and you can tell how at home he is. He can tell he has nothing else to prove and now we are getting the Wizkid he himself always wanted and it’s inspiring to see.

@ColdAsMax_: Live bands are hard work, but the pay off

‘A Day In the Live of Wizkid’ was such a wholesome experience, and it really did let us see Wizkid in a new light. One thing I took away from it was the amount of work that goes into a show with a live band. Performing with live bands isn’t too welcome in these parts so getting to see Wiz’s band plan and perfectly execute a seamless show was really great. Also, it was nice to see Wiz verbally interact with other people because he’s always seemed like he was a lone wolf.

Watch ‘A Day In The Live Of Wizkid‘ below:

ICYMI: WE SPOKE TO SOME WIZKID FANS ABOUT ‘MADE IN LAGOS’

Next Article Omah Lay continues his impressive breakout run with new EP, ‘What Have We Done’