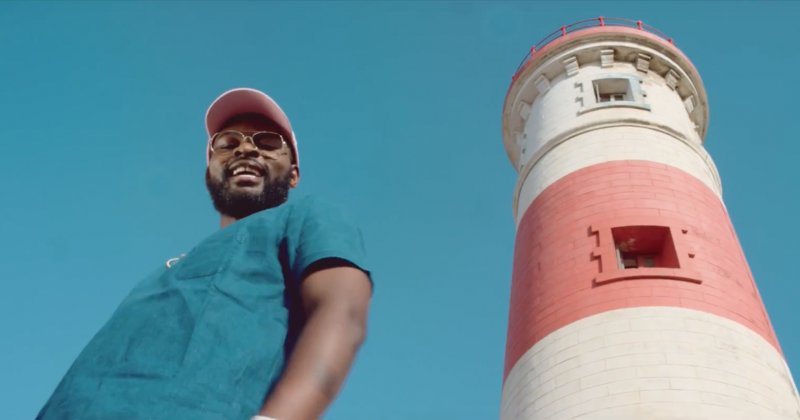 After releasing the audio to his new single “Jeje” just about a day ago, Falz wastes no time to follow up with colourful visuals shot under the shining sun of Accra.

The video, shot and directed by Mex, begins casually with Falz taking a haircut when he sights a beauty going to the rich fruit & vegetable market across him. As random as the video’s concept is, it’s the creativity behind each shot that gets you hooked –along with Falz’s dance moves & humour at the utterance of “Je je je je je ly…stinking, disgusting” of course.

But it’s no-brainer thinking of how the delivery of the visuals is expertly done, we can’t expect any less from Mex, whose work on “Jeje” has got us just as pleased after watching Ebisan’s “Ice cold Water” video yesterday. In one particular near-perfect shot from “Jeje”, the bright blue sky, meets a Falz adorned in a darker shade of blue while pink tints of his trucker hat and vintage setting complete the colour scheme. It’s so picture perfect, it almost deserves a frame.

You can get a glimpse for yourself here.

Read Up: Falz’s is a bahd guy but he’s stuck in love for new single, “Jeje”