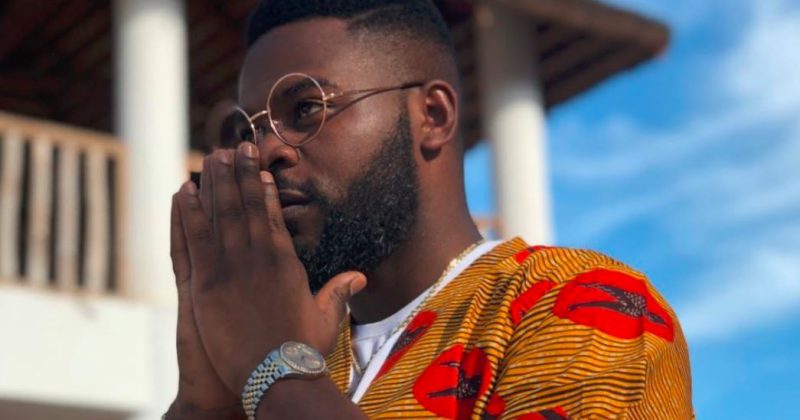 Falz, Feminism and Why We Can’t Cancel Everybody

Categorically speaking, Falz is cancelled. At least, he should be.

The viral video of the rapper dishing on transactional sex and the “objectification” of women, should send his new album into obscurity if there was any justice in the world. Yet, Moral Instruction landed Falz on Apple Music’s front page, a boost that pushed the new record to the top of the iTunes Nigeria chart less than five days after release.

The reason for this is two-fold. For the most part, the overall reactions to the video and his “personal opinions” have been polarised, but this may also signal another reality: the inevitable ceiling of cancel culture.

Falz is full of complete shit. This is a blatant misogynist who is running around in circles to justify being a sexist jerk. He is cancelled. The end.

Many regarded the blowback on his “attack on feminists” as misplaced outrage while lauding the much needed socio-political commentary on Moral Instruction. It’s important to add here, that Falz misconstruing what “choice” means in feminism, is a classic example of conflating moral clause for social reality. The de-objectification of women is not a “feminist agenda” to sympathise with sex work. The real fight women want to win is for self-actualisation and individuality as a human right and not a privilege given to a sectional few. Albeit unconsciously, even Falz enjoys some of this privilege, as the ‘socially conscious’ rapper who can be publicly misogynist, because he fights for all the other greater goods.

Criticism for the rapper’s statements makes a great case for why public image and personal politics need to be aligned. The alternate conversation, however, is the complexity of cancelling public figures, even when they are borderline problematic. This is also not the first time, the specifics of cancel culture has been polarised in spite the apparentness of the injustice that has been done.

The assumption that holding artists accountable for their actions may somehow lead to their censorship is also not a new paranoia in music either. Just last year, TDE’s Top Dawg, threatened to pull Kendrick Lamar’s catalogue off Spotify in response to the streaming giant’s controversial ‘Hateful content and Harmful conduct’ policy. The policy temporarily led to the removal of music from R.Kelly and XXXTentacion from all Spotify-promoted playlists. Eventually, criticism suggesting it could become a tool for targeting people of colour forced the music tech company to push back.

But things get murkier when you realise people like R.Kelly have been inadvertently been protected for years, by such allusions of censorship.

The basis for cancel culture is a reclamation of agency by refusing to support an artist with problematic lifestyle or views.  The diverse interests in the career of an artist or their catalogue, however, make it hard for them to be completely ostracised.

Last week, Spotify rolled out its mute button, allowing users to stop the platform’s algorithm from recommending artists they do not want to hear. On the surface, this looks like a win for #MuteRKelly and other affiliated movements, but it’s also obvious the company took the easy way out. After all, the mute button also absolves them of the moral responsibility of profiting off the work of people who may have done very bad things.

For further context, until recently, RCA didn’t drop R.Kelly in spite of the sweeping evidence and the numerous accusations against him over the years. Chris Brown who has repeatedly gotten away with several accusations of assault and abuse of women, is also signed to the same label and has no doubt also benefited from protection by profiteers simply safeguarding their investment.

The internet is even changing how we interact with the lives of famous people altogether. The reason an artist has the teeming support of fans could range from their actual music to viral memes from their Instagram account. For Falz, a digitally-made multi-hyphenate, his anti-cancel privileges are in fact multifold. Asides being the go-to hip-hop voice for the masses, he also has a solid foot in Nollywood. With a wide reach to a diverse number of people in overlapping cultures and social norms, a clear picture of how expensive cancelling Falz would be, comes into full view.

But not all skepticism for cancel culture is unfounded. There is a need for the fair consideration of a middle ground. The aftermath of the 2016 American general elections, showing the majority of Trump’s voters were white women, is the longest-standing proof of the limits of cancellation. There is both the tendency for an act of ‘cancellation’ to denigrate to a mob attack and for the labelling that follows to rob the victims and the accused of any agency for, humanity, redemption or growth. Thus even alienation becomes an attractive option for either folk.

In a video titled “We Can’t Cancel Everyone”, Kimberly Foster, Editor-In-Chief of “For Harriet”, a women-issues publication, says “Incarcerating people or isolating them, does not undo the harm. It doesn’t undo the physical violence or abuse and it doesn’t do anything to work towards a world where that harm does not happen again”.

As conversations in the uber-woke age of #MeToo continue to happen in public spaces, perhaps there is as a much a need to rehabilitate victims as there is a need for dialogue with perpetrators who show remorse. It’s one thing to call out people for having bad values, its another thing entirely to subject them to punishment that denies them the chance to do better.