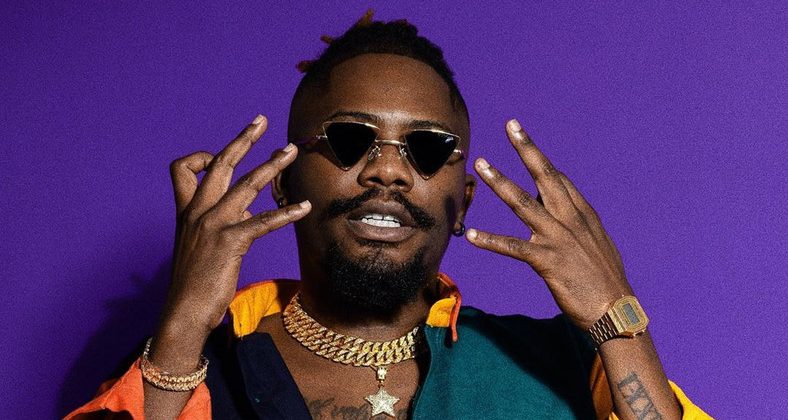 Essentials: Ycee is more assertive than ever on ‘Ycee Vs Zaheer’

The opening track of Ycee’s debut album, “It’s Amazing” sets the tone for his introspective and boastful project. Fans who have followed the rapper from his ‘First Wave’ project already know he’s got enough sauce to rap and sing melodic pop songs, and pre-released singles such as “Dakun” hinted that ‘Ycee Vs Zaheer’ would feature more of the same. Having grown comfortably into his position as a celebrated artist, he’s more confident on this album however, and delivers each of the 15 tracks with more assertiveness.

After bragging about his growth from “Tiny money straight to super-rich”, he closes “It’s Amazing” with a conversation between himself and his projected future self. The split personality doesn’t sustain through the rest of the project but it creates a sense of purpose through the rest of the tape. The second track, “Wahala Dey”, changes the pace for a slow-burning romantic number designed for dimly lit dancefloors. He quickly returns to rapping on “Bossing”, where he’s joined by Ms Banks to stunt on their opposition over the catchy Fanatix-produced beat, with a sample of Dre’s “Still D.R.E”.

Apart from showing off the range of Ycee’s influences, ‘Ycee Vs Zaheer’ also shows that he never does anything halfway. The Niniola-assisted “Chocolata” finds him exploring the niche house sound of afropop, as he sings over the mix of throbbing bass and synth harmonies produced by Beatsbykarma, for the raunchy number. He gets in his R&B bag for “Vibing”; imbibes a Caribbean swing for “Love Like That” and “So Nice” then switches to a trap bounce on the Phyno-assisted “Man”, where they both speak on the challenges they’ve faced while struggling to make something of themselves.

With heartfelt tracks like “Vacancy” and “Lair”, romance is a notable theme on ‘Ycee Vs Zaheer’. Ycee’s commitment to making music for everyone means party-themed songs with lustful intentions also feature on the project. “Bassline” featuring Davido and BOJ particularly stands out for the harmony the three share, delivering catchy melodies over the airy instrumentals produced by Adey for the dancefloor-inclined song.

Although Ycee never directly references his dispute with his former label, he cleverly alludes to it at several points during the course of the project. The lyrics for “Cheque” for instance, seem inspired by his rage from feeling under-compensated for his efforts as he brags about his accomplishments. His decision to avoid sensationalising the project pays off with tracks that can be appreciated with or without the context of his exit, as he leans into his more pleasant feelings from being an established independent artist.

Stream Ycee’s ‘Ycee Vs Zaheer’ below.

0000
Previous Article Timi Dakolo and Emeli Sande get in the holiday spirit on “Merry Christmas, Darling”