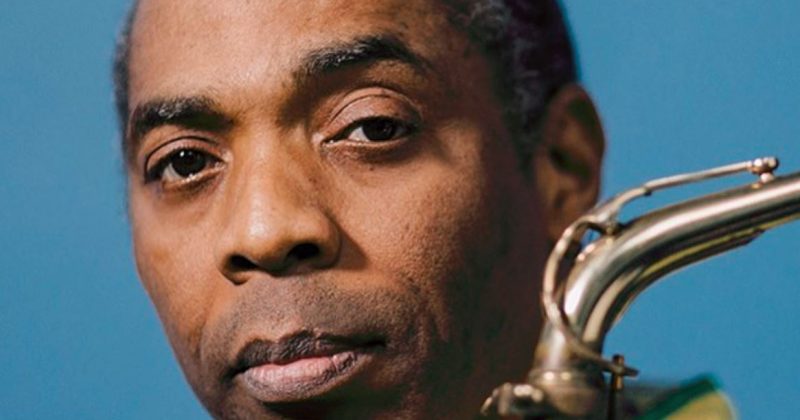 Essentials: Femi Kuti’s ‘One People, One World’ and the purpose of Afrobeat in the 21st century

Like all artists with intent to evoke thoughts and emotions, Fela’s music deliberately arranged symbolic elements of sounds and subject matter in a way that influences and affects listeners. He took on the commitment to serve a social cause with his music, performing at a time when Nigeria’s dictatorial military regimes inspired him to speak against the evils they perpetuated in society without fear for his own life or safety. Fela’s fight for freedom is so awe-inspiring till date, that it’s impossible to separate the Afrobeat genre he created from the activism he encouraged through it.

Femi Kuti’s music continues right where his father’s left off; Jazz fueled and politically charged. Only as his recently released ‘One People, One World’ album shows, his underscoring lyrical theme of music instigating social change is more optimistic. Though he occasionally ventures into rage at the political issues, he funnels Afrobeat’s experimental flow, melodies and songcraft through glossy hippie filters. And yet, his pacifist leanings rather than undermining his activism, only makes it more affecting.

One people one world now out👊🏽

Femi gives a quick history lesson on the opening track, “Africa Will Be Great Again”, reminding everyone that things were once good in Nigeria before corruption ruined the economy. And though his father suffered the direct brunt of the political injustice, his message remains optimistic and inspiring backed by the Afrobeat drums and horns; “Be Inspired, Don’t Be Tired/ Africa Will Be Great Again”.

Title-track, “One People, One World” and “Best To Live on The Good Side” underscore the album’s message for peace and the merry sound of the drums and horns. His belief that all of us as individuals have the responsibility to work towards achieving world peace keeps the album lighthearted, breezy and free-spirited. This sentiment is expressly illustrated on the 4th track, “Na Their Way Be That” where Femi seems tired of thrashing corrupt politicians and would rather shove them off singing, “No Matter How Much We Try To Change This Kind of People/ They Will Always be Unreasonable”.

But on “Equal Opportunity” all passive attitudes are set aside as he performs an equal rights anthem channeling the confidence of a protest group; “All Children Must Get Equal Education/ We Say We Want Equal Opportunity”. And on “E Get As He Be”, we hear Femi’s passion and concern for victims of bad government as he name drops a few leaders like Muammar Gaddafi and Hosni Mubarak, blaming them for suffering of the people of Liberia and Egypt respectively. Though he mentions Nigeria’s problems on the song, it isn’t till the last track, “Dem Militarize Democracy” that he turned his full attention to the Nigerian government. The resulting spotlight brilliantly parodies the government as he illustrates how the military never really left government for civilian rule despite the democratic politics.

Femi Kuti’s message of freedom from oppression is still as potent as it was when Fela championed it back in the 70’s. One People, One World is brimming with 12 oh-so-Afrobeat tracks, but each plays a vital role in delivering a cohesive project campaigning for world peace, unity and equal rights. It’s a lot more hopeful than anything Fela ever did, but new generations always compensate for their myopia by correcting the older generation’s. One People, One World ensures that the sceptre of Afrobeat has risen anew.

Stream Femi Kuti’s ‘One People, One World’ below.

Next Article Watch Chidimna’s video for “Love Me”