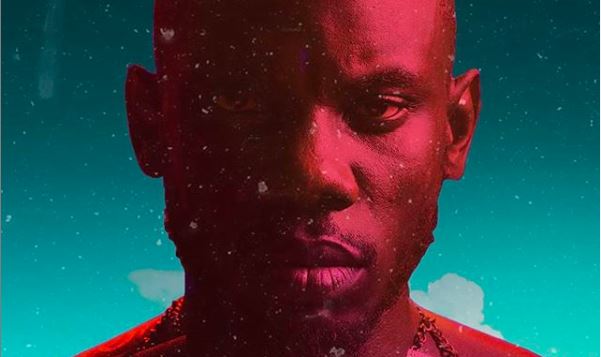 After flexing his avant-grande chops with his metal rock ‘Wizard Spell’ album, released earlier this year, Blackmagic returns to the familiar Afropop sound that earned him mainstream acclaim when he debuted “Repete”. He just put out a 7-track EP, ‘BM’, a pure expression in the Blackmagic linage of layering compelling vocals over melodic arrangements that are both slow-moving and deceptively groovy.

‘BM’ slowly builds organic acoustic harmonies into something progressively live music sounding, always with a sense of nostalgia and celebration that’s perfect for setting a pleasant mood at outdoor events. He produces all 7 tracks and leaves the piano, drums and electronic guitar arrangments he lays down on the opening track, “BM19001”, to breath for over 2 minutes before we hear any vocals. Singing “I think I’m ready for the world/ Ready to play my part/Come on and break my heart” in his gentle drawl, it might be a depressing kind of truth, but there’s still something spectacularly freeing about it, especially when paired with the catchy drum and guitar riffs. The melancholy is more prominent on the next track, “BM19002”, written as a sort of apology for ghosting; “Sometimes it bes like that/ Gotta disappear and come right back”.

The third track, however, revives a festive mood through the chant palm-wine music melodies and triumphant horn samples that match his boastful lyrics. Blackmagic delivers a rap verse on “BM19004”, making him more compelling when he reveals some truths he has discovered about having a successful career, “Every circle got haters inside/ got waiters serving you feedback, you need that/ But don’t always take it inside/ we’re all made unique, I don’t generalize”. “BM19005” has a romantic direction that sees Blackmagic singing in French over Reggae instrumentals but though the romantic theme continues through the next track, he seems more earnest, singing “Your love dey scatter my head/ oh baby/ You’re the reason I’m” over the dancehall beat he produces.

‘BM’ closes with a rap song, “BM19007”, a defiant and necessarily abrasive statement that combats toxic behaviours. Over a captivating mix of electronic guitar harmonies and vocal chant samples, he rails against our problematic traits saying the only thing that can fix our situations is love or a miracle. Sharing the project with next to no hype or promotion, there’s something subversive about Blackmagic dropping so many gems on ‘BM’. His hold on the mainstream audience has weaned over the years, but it’s clear that it hasn’t affected how much he cares about his fans.

You can stream Blackmagic’s ‘BM’ below.

ICYMI: Watch Blackmagic’s rustic video for “Anything For Love”

Next Article Mr Real takes his philosophical questions to God in his music video for “Oloun” featuring Reminisce, Phyno and DJ Kaywise